A remote village located on the banks of raging river Parvati between Bhuntar and Manikaran, Kasol is a lively village in Himachal Pradesh. India has been welcoming travelers to experience the backwaters and idyllic valley and Kasol serves as the base camp for many treks nearby specifically Surpass in the valley. This is the place where almost every one of us would like to go at least once to inhale the winds of the Himalayas in Kasol.

Kasol is also known to be the little Israel of Himalayas since it is the home for a large population of Israelis. Almost all signage in Kasol is in both Hindi and Hebrew. The locals say that this place is a hot spot for many youngsters who complete their compulsory military service in Israel and then escape to the Parvati Valley. The busy city life will be diminishing from your mind once you enter the stress-free atmosphere of Kasol. It is one of the beautiful destinations for the backpackers and amazing destination for weekend pleasure for all the souls who love snow. Here is the list for you to have an eye-feast at Kasol.

PLEASANT WALK BY THE PARVATI RIVER: Gushing through the Parvati Valley, River Parvati is one of the best places to visit in Kasol. You would wonder at the dense trees standing majestically on both sides of the river. River Parvati is the most-loved place as it is considered to be one of the best places for rejuvenation. The river is also known for river rafting, trout fishing and for lazing around the spectacular views. TREK TO KHEER GANGA:  This is one of the perfect places to visit in Kasol especially for trekking souls. The Kheer  Ganga trek is said to be one of the easiest treks to do in Kasol and is also an amazing visit here in Kasol. It is almost the pleasurable satisfaction when you reach the peak of the Kheer  Ganga. Meanwhile, it does not allow the less healthy persons to reach the peak. But it is the shattering experience those who complete it along with the hot springs. You can also enjoy the hot spring over here and the opening hours are between 8 AM to 6 PM. 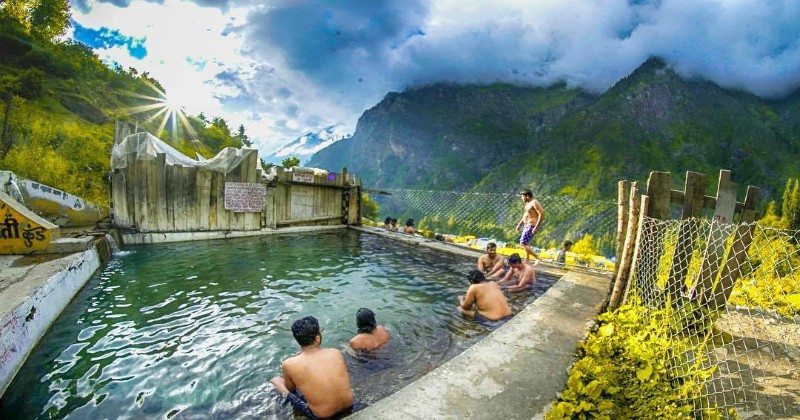 TOSH VILLAGE: Yet another pastoral destination in Kasol! Tosh is said to be a fantastic treat to the tourists who visit the place. The best way to reach this village is by trekking up the hill and witnessing the mesmerizing township in Kasol. Right here, cabs are also available at a very minimal charge to take you there and you could also find numerous cafés with great Isreali and European food and perfect surroundings to relax. Best village experience where it is surrounded by snow-capped mountains bounded with peace and natural beauty. TIRTHAN VALLEY: Located at around 60 km from Kasol, Tirthan valley proffers you with a magnificent view with no concrete roads and it just leaves the tourists spell-bound by its ambiance itself. You would still wonder even after reaching the place as it looks like a dream place. You could relax at the riverside and trek through the jungle to explore a waterfall in the midway. It is the must-visit place for those who want to holiday at the Land of Gods, that is, Himachal. 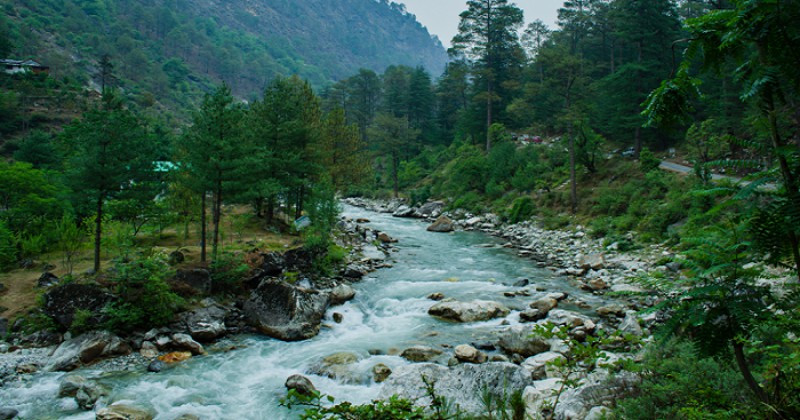 NAGGAR VILLAGE: A lesser-known village in Kasol is known to be Naggar village which is incorporated with temples, military structures, and museums and thus making it one of the astonishing places to visit in Kasol. One must explore this unexplored part of Kasol where you could get the real essence of rural beauty and weather. You could indulge in trekking and fishing, also visit Naggar Castle, Dagpo Shedrupling Monastery, Gauri Shankar Temple, Tripura Sundari temple which appreciated the Himachali arts. MANIKARAN SAHIB: Situated just 6 km from Kasol, Manikaran Sahib is built between the two rivers such as Beas and Parvati. Manikaran Sahib is a Gurudwara that invites thousands of Hindu and Sikh devotees throughout the year. The hot spring located within the premise of this place is where the devotees believe in dipping in this holy water will wash away their sins. It has the flabbergasting view of the valley and charm of Gurudwara has turned Manikaran Sahib one of the best places to be visited in Kasol. And the opening hours are between 12 AM to 12 PM. Kasol is truly a Traveler’s Paradise and is often called as the Israel of India because it is inhabited with both the cultures of India and Israel. This is the must-visit for all most every traveling soul of India as well as it has been visited by many people from all over the world.

5 Best Locations of The Lively French Colony of India, Pondicherry!

5 Fantastic Natural Remedies To Vanish Black Heads From Your Nose