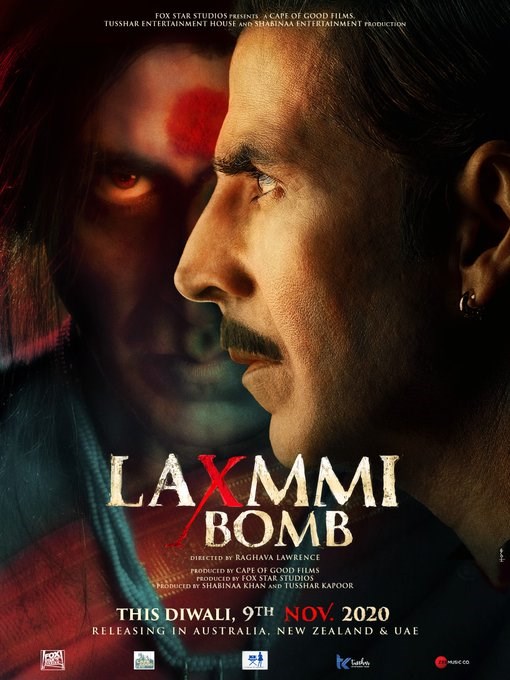 Bollywood actor Akshay Kumar starrer upcoming horror-comedy Laxmmi Bomb will release on November 9 on Disney Plus Hotstar and will have a multiple country release as well.

The makers of the film just dropped a new poster and confirmed that the film will release in India, USA, UAE, Australia and New Zealand.

The official handle of Fox Star Hindi dropped the deeds and poster. It said, “This Diwali, Laxmmi Bomb to release day and date on 9th November in Australia, New Zealand and UAE. Directed by Raghava Lawrence the movie stars Akshay Kumar and Kiara Advani in the lead. #YehDiwaliLaxmmiBombWaali #LaxmmiBomb #FoxStarStudios @foxstarhindi @akshaykumar @advani_kiara @offl_Lawrence @Shabinaa_Ent @tusshkapoor #CapeOfGoodFilms #ShabinaaEntertainment #TussharEntertainmentHouse @ZeeMusicCompany….#LaxmmiBomb is premiering in India on @DisneyplusHSVIP and on Hotstar in USA, UK and Canada on 9th November”

Earlier, Akshay unveiled the teaser of Laxmmi Bomb, which went viral. The actor plays a transgender in the film, directed by Raghava Lawrence, who also helmed the original.

Priyanka Chopra Jonas Shares A Sneak-Peek Into Her Memoir ‘Unfinished’