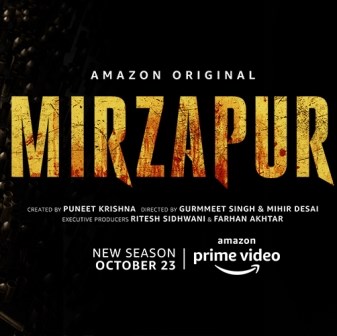 Roll the red-carpet as the gun slingers are back. The makers of Mirzapur 2 just dropped an action packed trailer of the series and this time around the players aren’t joking around!

The series is directed by Gurmmeet Singh and Mihir Desai and produced by Excel Entertainment. While the first season showed us the story of Kaleen Bhaiyya, the King of Mirzapur played by Pankaj Tripathi vs the Pandit Brothers, Guddu and Bablu played by Ali Fazal and Vikrant Massey respectively, the second season will follow from where it ended.

The story picks up from where it ended in the first part. With Pankaj Tripathi, Ali Fazal, Divyendu Sharma, Shweta Tripathi, Rasika Dugal, Harshita Gaur and Kulbhushan Kharbanda reprising there old role and some additions such as Vijay Varma, Priyanshu Painyuli and Isha Talwar.

The series air on 23rd October.