Nora Fatehi’s First Look From ‘Naach Meri Rani’ Is Out 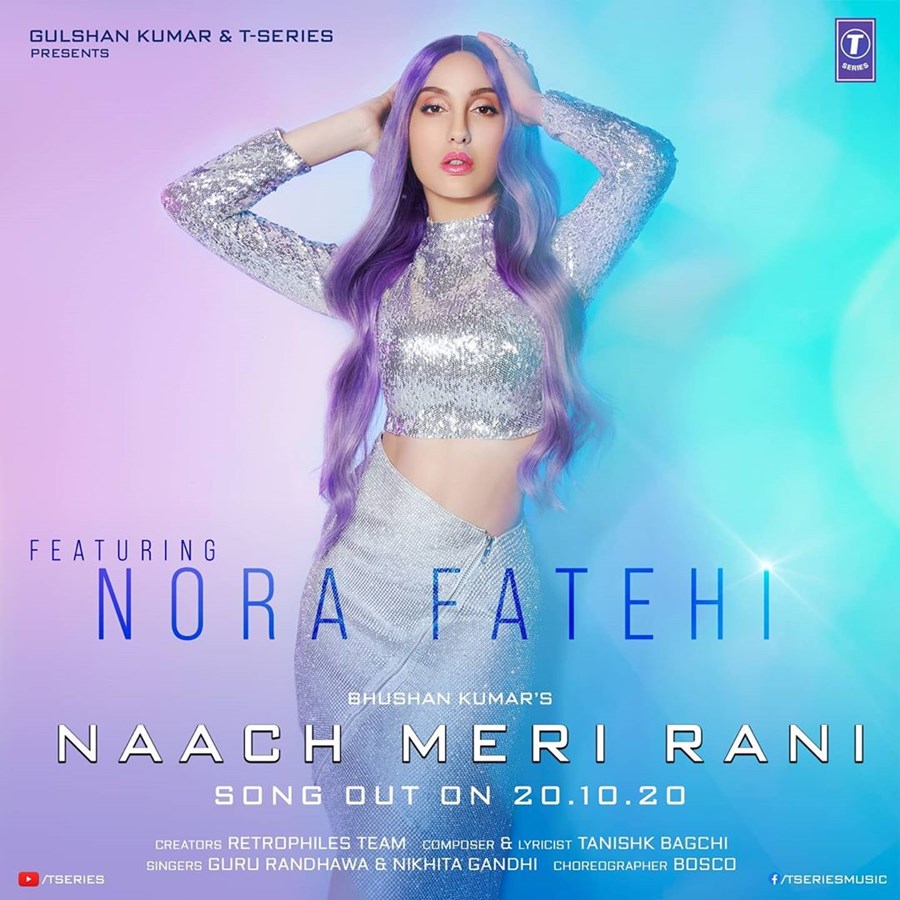 T Series is killing it with back to back singles! After the success of ‘Taaron ke shehar’, ‘Baby Girl’ and ‘Teri Ankhon Mein’, the team is back again with a new single ‘Naach Meri Rani’ featuring Nora Fatehi and Guru Randhawa. The first poster look was released last night and Nora’s look from the song has made the fans very excited for the song to release.

Nora Fatehi is undoubtedly the best dancer in the industry right now. She has danced her way into the hearts of the audience by giving back to back hit dance numbers. The Moroccan beauty shared the first look of her upcoming song on her instagram account and wrote, “Aayyy Very excited to show you our posters for #NaachMeriRani! Launching on 20.10.20. Watch this space for more updates. Stay Tuned!”

Fans are going crazy after watching this look of Nora. She is known for experimenting with her looks and we must say she carries it off too well! Nora and Guru are featuring together for the first time and their fans cannot wait to see them both shaking their legs together!

Recently a video of their rehearsal from the song got viral all over the internet where both can be seen doing the hook step of the song.

The song ‘Naach Meri Rani’ has been composed and written by Tanishk Bagchi. It has been sung by Guru Randhawa and Nikhita Gandhi. The song has been choreographed by Bosco and it has been created by Retrophiles Team. It has been produced by Bhushan Kumar.

Kangana Ranaut Hits Back At Bollywood Again, Calls It A Derogatory Word