R Madhavan Shut Troll With Love And Respect For All Religion 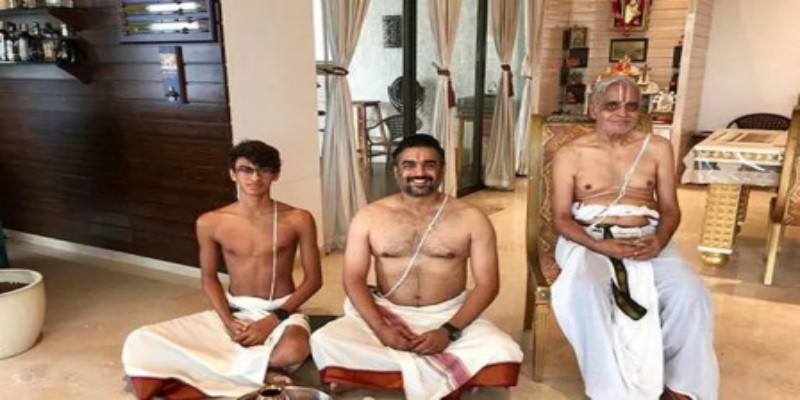 R Madhavan celebrated Independence Day, Raksha Bandhan and Avani Avittam with his father and son. The actor posted a picture with the three which garnered alot of attention for a religious alter in the background.

A troll who noticed a Cross in the background tried to sham the actor for keeping one in his house. In a tweet the troll called him out and said there is a problem with the picture, and even made derogatory comments about losing respect for Madhavan.

Shutting down all the hate with love, Maddy posted a note pointing out how he has blessings from all the religions and respects every religion as his own. He also pointed out that there were more blessings in the corner from other religion that the troll conveniently missed.

The note penned by the actor said, “I really don’t worry about respect from the likes of you. I hope you get well soon. Surprised that in your sickness you did not see the Golden temple picture there too and asked if I converted to Sikhism. I have blessings from Dargas there too and blessing from all religious places around the world. Some gifted and some bought. My home is home to staff from all faiths and we pray at a common alter. Like any defense personal will tell you, happens in every unit.”

He went on to say, he has been taught to respect every religion and hopes his son will too. “I have been taught from my very childhood to maintain my identity with pride but at the same time RESPECT each and every faith, belief and Religion. “Yemmaddhamum Samadham”. (I respect each religion as my own) I hope that my son follows that too. I have prayed at every Darga, Gurudwara, and Chuch I have had the good fortune to visit when a temple was not around. They have shown me utmost love and respect knowing that I am a Hindu. How can I not reciprocate that. All I have is a Lot of love and respect to give as my vast travels and experience has proven, is the only true faith. Peace and love to you too.”

Maddy is currently busy working on Rocketry: The Nambi Effect. He released the film’s teaser in Oct 2018 that shows a rocket taking off into outer space as they count countries’ efforts and attempts for a trip to Mars where India succeeded in one. It is based on the life of scientist and aerospace engineer S. Nambi Narayanan.

Rocketry will mark the directorial debut of Madhavan, who will also be seen in the lead role of Nambi Narayanan. It is slated for release later this year