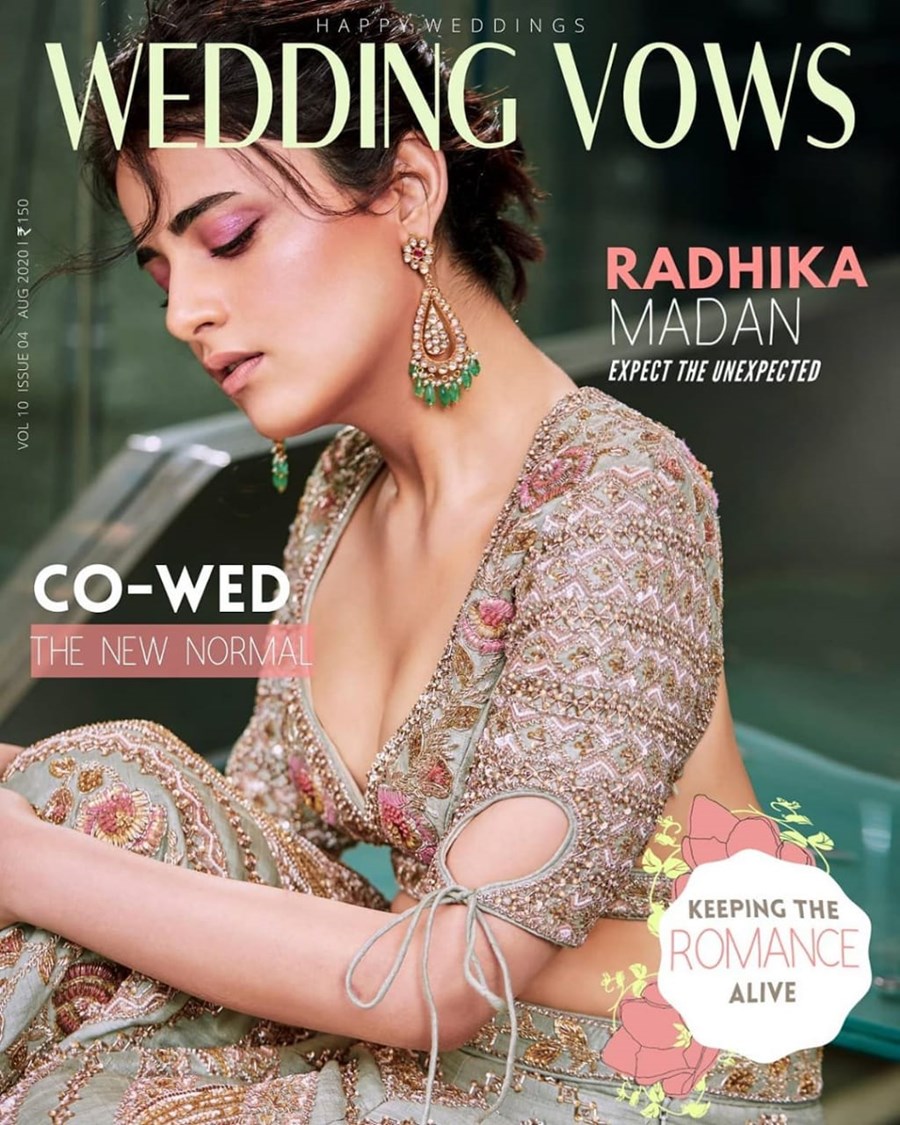 Radhika Madan may be three films old in Bollywood, but she has made her own place in this big industry. Coming from the television background, she slowly transitioned to the silver screen and today she has impressed everyone with her acting skills. One of the most promising newcomers of recent times, the beautiful Radhika Madan graced the cover page of the magazine Wedding Vows for their august issue.

The actress shared some BTS pictures from the shoot of the cover page some days back and it got her fans excited to see her final look. We must say she is looking radiant and mesmerising in this bridal look.

Radhika Madan’s story from a regular Delhi girl to the most adored actress in television and now to be termed as the next bright star, is really commendable. She was last seen in ‘Angrezi Medium’ where she played the role of late actor Irrfan Khan’s daughter who wants to take her higher education in the UK.

On the workfront, she will next be seen in the romantic film ‘Shiddat: Journey Beyond Love’ starring Sunny Kaushal, Mohit Raina and Diana Penty. The film is directed by Kunal Deshmukh and produced by T Series and Maddock Films.

The film is now said to have a digital release on Disney+Hotstar owing to Covid-19. However, there is no official confirmation from the makers on the same.