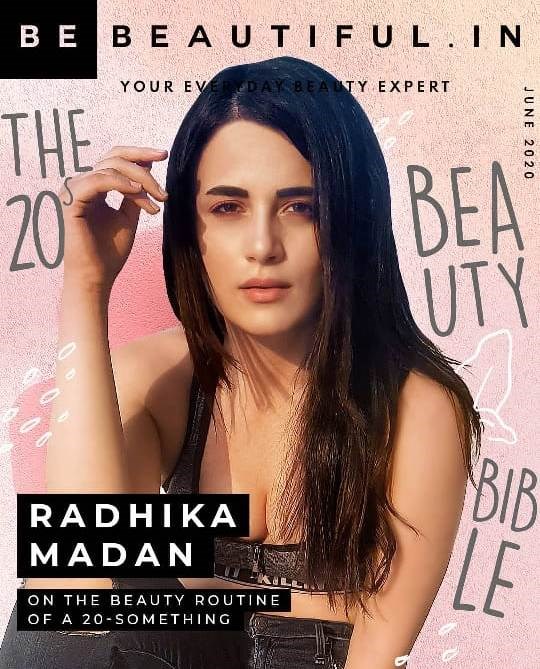 Radhika Madan is slowly and steadily making her own place in the big Bollywood industry. She started her career with a television show and post its success, she transitioned from the television screen to silver screen. The actress has now graced the June Issue of Be Beautiful India magazine and she looks stunning as always!

Sharing the cover page, the ‘Pataakha’ actress wrote, “Cover shot by yours truly #aatmanirbhar #Repost @bebeautiful_India .. This month we have @radhikamadan gracing the cover of our June issue and talking about her 20s Beauty Bible”

The gorgeous looking actress who was making the most of her quarantine time at her Mumbai house recently took a flight back to Delhi to be with her family. She shared pictures of hugging her mother, after being in quarantine for 14 days at her house in Delhi.

Radhika was last seen in ‘Angrezi Medium’ where she played the role of Irrfan Khan’s daughter who wants to take her higher education in the UK. She will next be seen in the romantic film ‘Shiddat’ starring Sunny Kaushal, Mohit Raina, and Diana Penty.

The film is directed by Kunal Deshmukh and produced by T Series and Maddock Films. The film is now said to have a digital release on Disney+Hotstar owing to the Covid-19 pandemic. However, there is no official confirmation from the makers on the same.