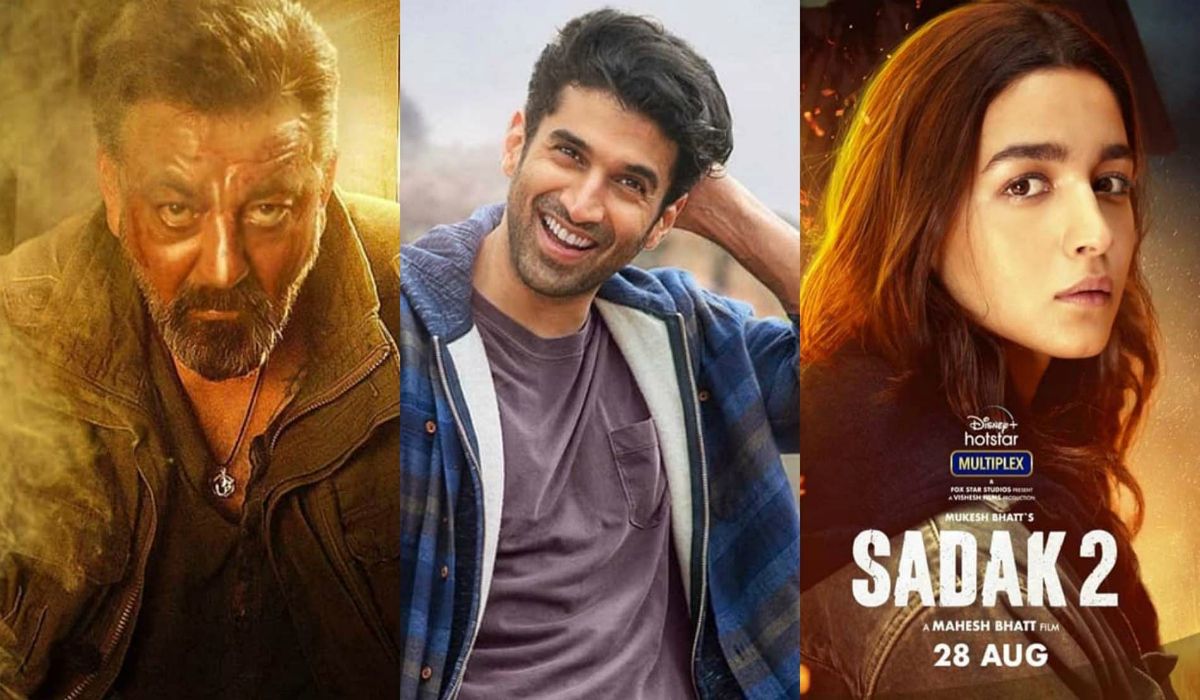 The trailer of Sadak 2, starring Sanjay Dutt, Aditya Roy Kapoor and Alia Bhatt, released on Wednesday morning and since it release, it has received millions ‘dislikes’ on YouTube – to be clear, dislikes and not likes.

The trailer of a big film, especially one which featured well-known actors, generally gets many more likes than it does dislikes; this has been reversed for ‘Sadak 2’ and it is unusual enough to be comment-worthy.

At the time of writing this, the trailer of ‘Sadak 2’ got more than 15 million views and it was trending number 1 on YouTube. But it has received 4.6 million dislikes and merely 260K likes on YouTube.

The Internet, it appears, is making good on its declared intention of boycotting ‘Sadak 2’.

Since the death of actor Sushant Singh Rajput, cries to boycott “star kids” have been louder than ever and their anger only amplified on Wednesday when a bulk of Singh “fans” headed to YouTube to express their feelings towards ‘Sadak 2’.

The film also marks Mahesh Bhatt’s directorial return after two decades. The fact that ‘Sadak 2’ is directed by Mahesh Bhatt has also contributed to the surge of social media hate. Mr Bhatt is known to be close to actress Rhea Chakraborty, who is being questioned in the investigation into Sushant Singh Rajput’s death. Rhea, who was dating Sushant, is accused by his family of illegally transferring money amounting to ₹ 15 crore from the actor’s account and driving him to suicide.

‘Sadak 2’ is a sequel to 1991 hit ‘Sadak’, also directed by Mahesh Bhatt and starring his daughter Pooja and Sanjay Dutt. Sanjay Dutt, who reprises his role as a driver named Ravi in the new film, announced a day before the trailer released that he was taking a break for medical treatment.

‘Sadak 2’, in which Alia Bhatt stars as a young woman working on exposing a godman, will release later this month on Disney+Hotstar. The film also stars Aditya Roy Kapur, Makarand Deshpande and Gulshan Grover.

On Monday, the hashtag #UninstallHotstar trended on Twitter as many netizens urged people to boycott the Bhatt family’s project.

SS Rajamouli and his family test negative for Covid-19