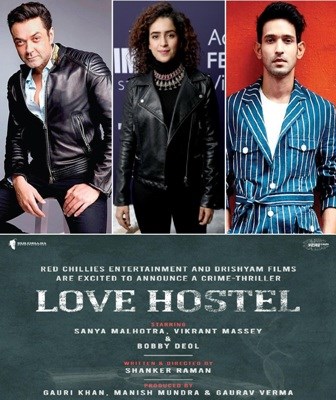 A gripping crime-thriller, Love Hostel is written and will be directed by Shanker Raman, a National award-winning cinematographer who previously directed the acclaimed film ‘Gurgaon’.

The film, set against the backdrop of rustic North India, traces the volatile journey of a spirited young couple, being hunted by a ruthless mercenary. The star-crossed lovers take on the entire world and then some more in search of their fairytale ending.

The film marks the second collaboration between Red Chillies Entertainment and Drishyam films, after the critically acclaimed ‘Kaamyaab’ which released earlier this year.

‘Love Hostel’ will be produced by Gauri Khan, Manish Mundra, and Gaurav Verma. The movie is slated to go on floors early next year and will release in the same year.

FESTIVITIES GET A ZING, WITH KFC’S NEW TANDOORI ZINGER BURGER