Saqib Saleem Shares BTS From The Sets Of ‘Comedy Couple’ 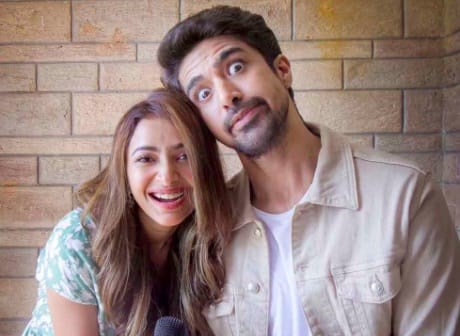 ZEE5, the largest Original content creator in India, sometime back announced an urban rom-com ‘Comedy Couple’ starring Saqib Saleem and Shweta Basu Prasad. The film is soon going to make its premiere on ZEE5 but before that the lead actor Saqib Saleem shares a funny quirky video from the sets of the film which captures some amusing moments shared between the two stars.

The film ‘Comedy Couple’ will star Saqib Saleem and Shweta Basu Prasad in lead roles, portraying the roles of Deep Sharma and Zoya Batra respectively who do stand up together. It is a rom com based in the city of Gurugram . The film is based on a story by Bikas Mishra and is directed by Nachiket Samant and produced by Yoodlee Films.

The film is soon going to stream on ZEE5 but the final dates are yet to be announced.

Meanwhile, on the work front, Saqib Saleem will soon be seen in ’83, a sports drama film directed by Kabir Khan. The film will focus on the country’s incredible cricket World Cup victory in 1983.

Saqib will also be seen in the film ‘Time To Dance’ which is a dance film directed by Stanley D’Costa and features Sooraj Pancholi, Isabelle Kaif and Waluscha De Sousa. The film is co-produced by Bhushan Kumar and Remo D’Souza.

While Shweta who was loved for her role in ‘The Tashkent Files’ was last seen in the film ‘Shukranu’ which is directed by Bishnu Dev Halder, it starred Divyenndu Sharma, Sheetal Thakur, and Shweta in lead roles.