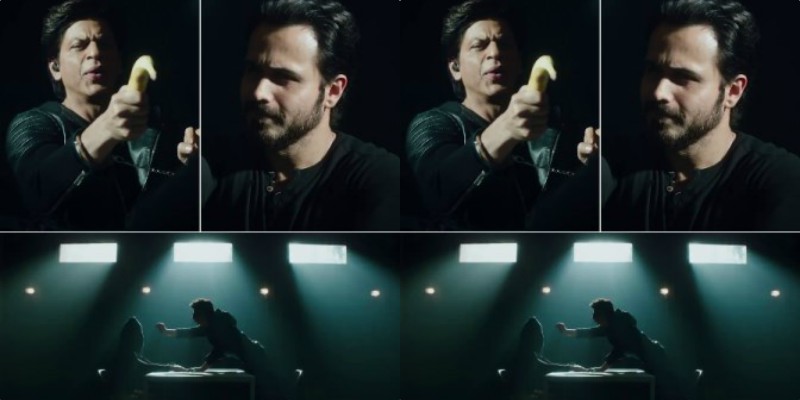 Shah Rukh Khan, who is all set to explore digital space with Netflix India, is leaving no-stone-unturned to promote the first series “Bard Of Blood” starring Emraan Hashmi in the lead roles.

Shah Rukh Khan and Netflix has been releasing interesting and quirky videos before the trailer release and the latest features SRK trying to interrogate Emraan but ends up getting interrogated.

Netflix India dropped the new teaser on social media. They captioned it, “Where can we sign up to get interrogated by @iamsrk?”

In the clip, Shah Rukh Khan is trying his level best to be a tough interrogator, even points out some of his old movie references and popular names with which fans address him but things don’t work out.

Produced by SRK’s production house Red Chillies Entertainment, the series is based on a bestselling 2015 book of the same name by Bilal Siddiqui. The series stars Emraan Hashmi as a former secret agent, who is uprooted from his life as an English professor, and sent into a dangerous mission.

All episodes of Bard of Blood will release on 27 September.