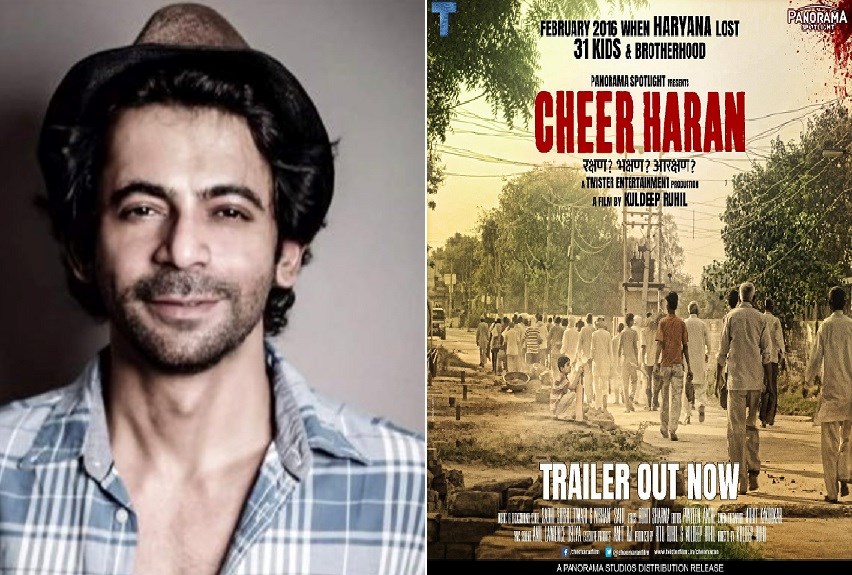 Actor Sunil Grover just took to his social media profile and dropped a gut-wrenching and horrifying trailer of Cheer Haran, a docu-drama based on 2016 riots in Haryana.

Directed and co-produced by Ritu Ruhil, the film is an attempt to show the inside of the Riots. The human and inhuman side of the whole agitation which turned into riots.

In 2016 February, the state of Haryana found itself in a very disturbing situation, unguarded and abandoned, when all of a sudden, the peaceful Jaat reservation agitation flared up into a devastating inferno of sectarian violence.

Sudden incidents of arson and stone pelting made the law & order situation worse, properties worth hundreds of crores were destroyed and most disturbing was the fact that nearly 31 youngsters lost their lives and according to the media several women were allegedly gang-raped by an uncontrollable mob during this torrid period. The film is co-produced by Kuldeep Ruhil, slated for 29th January 2021 release.

Meanwhile on the work front, Sunil Grover is currently enjoying the success of web-series Tandav, despite the constant ban alert from Shiv Sena, the series has found its audience and being hailed as a pure political thriller.