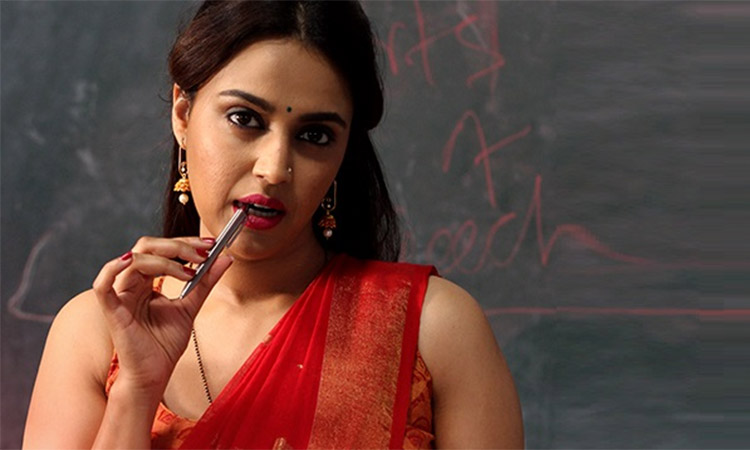 In the laps of mountains when one gets to relish their favourite cuisine, it feels amazing. Actor Swara Bhaskar who is enjoying her holidays in the mountains of Dehradun, delight in Chicken biryani and korma.

The ‘Sheer Korma’ actor sharing a twitter short story took to her Instagram handle and thanked Sameer Sevak for the delicious food. Adding to it, Swara also shared the post shared by Sameer and her picture with him. 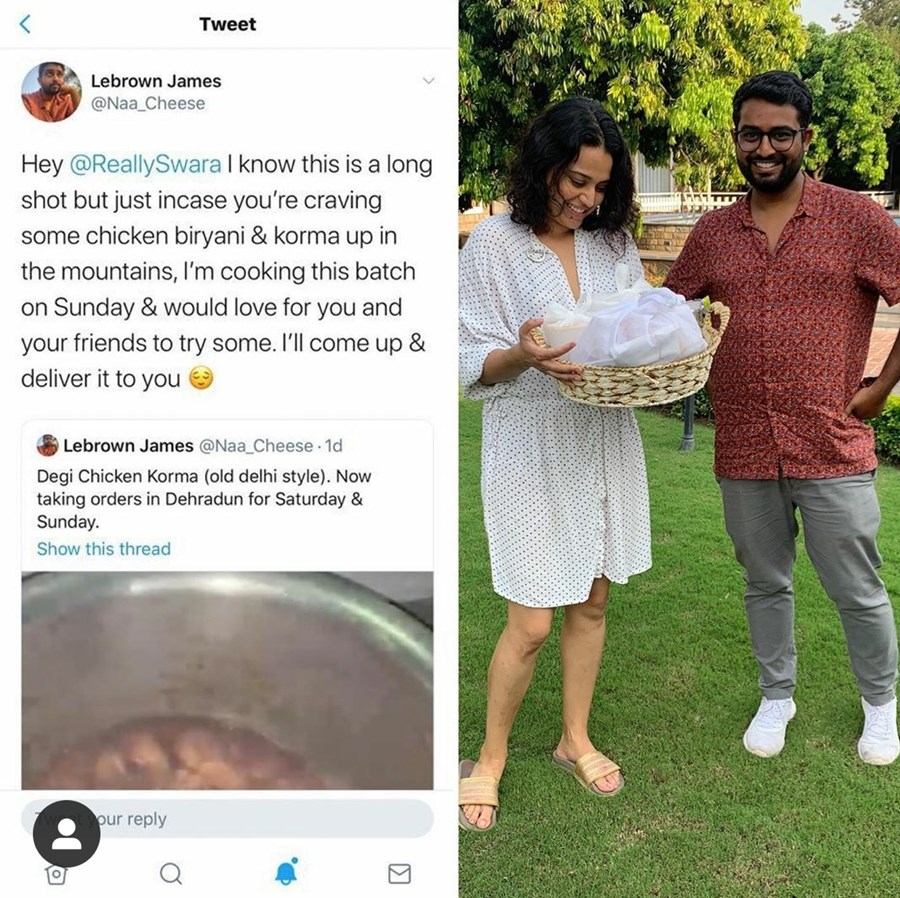 Swara wrote, “A #twitter short story with a yummy happy ending! @sameersewak I cannot thank you enough for your generosity, effort & thoughtfulness. I deeply I appreciate ur gesture. It feels like there is hope in the world when strangers are so kind thank u! And the Food was DELICIOUS”

Meanwhile on the work front, Swara will be seen portraying the role of Rukshar Siddiqui in the film ‘Sheer Qorma’. It is an upcoming LGBT romance film written and directed by Faraz Arif Ansari and produced by Marijke De Souza. The film is set to release on September 20, 2021.

Her recent release Flesh, a crime thriller web series written by Pooja Ladha Surti and directed by Danish Aslam. The story of this series is based on human trafficking and stars Swara in the lead role, saw her in whole new avatar and struck a chord with audience.