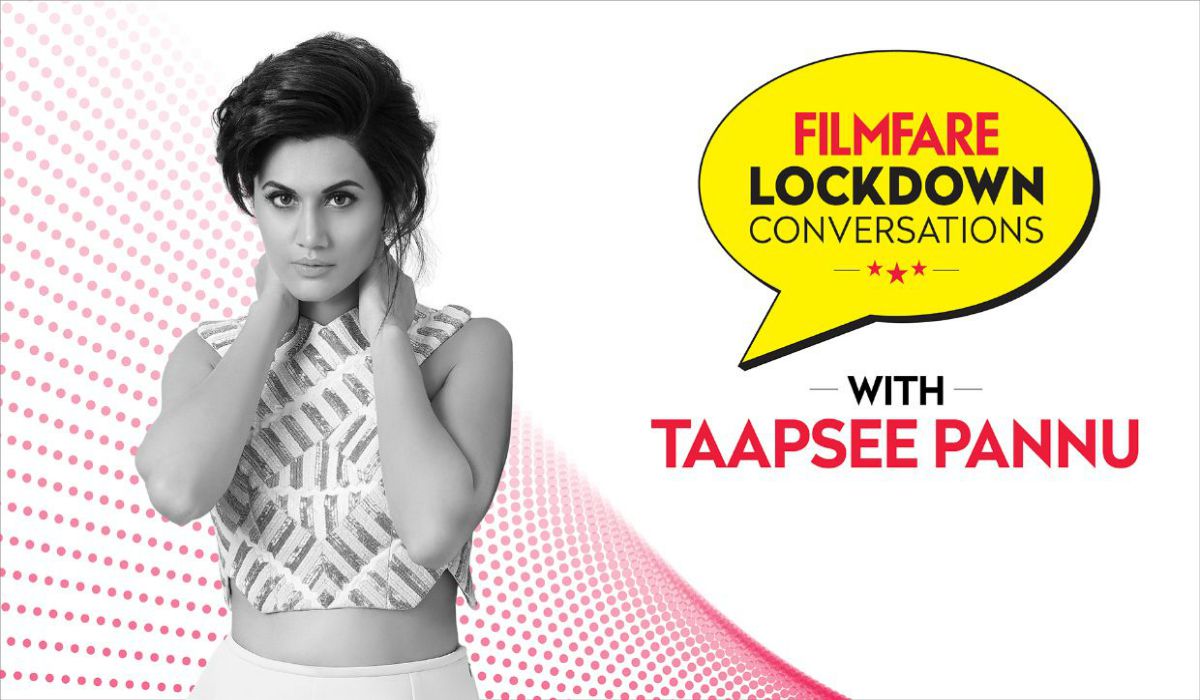 The ultimate destination of all things Bollywood, Filmfare, is back this week with its coveted video series, Filmfare Lockdown Conversations. Hosted by the editor of Filmfare and B-town influencer Jitesh Pillaai, is seen in a conversation with some of the A-listers of B-town, as they open up about life in lockdown. In the latest episode of the show, one of the most talented and versatile actress, Taapsee Pannu is seen in a candid chat about her journey from being a foodie to a cook, switching between Tamil, Telugu & Hindi movies, her friends, handling rejection among many other interesting things.

While talking to the host Jitesh Pillaai, she goes down memory lane to narrate a life-altering moment while she was shooting for Pink, “When I was shooting for the courtroom sequences for my movie Pink and when I said the line ‘kisko accha lagta hai ki koi chue zabardasti’ that entire interrogation between me and Mr. Bachchan there, I also didn’t realize that I wasn’t acting. By that time I had psyched myself out enough to believe that I was a victim of molestation. I was standing there in front of hundreds of people who are questioning my character right now and talking about my virginity and all those taboo things that we don’t discuss in an open court. After that scene got over and cut was called, I had already broken down in the scene and the entire audience was clapping and Bachchan sir came and hugged me. That day I realized that this can do a lot more to me than what was happening all this while. I have to keep myself open to letting it affect me. That’s what I did in most of my films after that. Every film psyches me out a little because of letting it hit me like that but the output I see is so worth it that I am okay to pay that price of being an actor.”

Watch her talk more on this along with many other facets of her life under this quarantine only on Filmfare Lockdown Conversations. New episodes of the video series release every Tuesday and Friday at 5 PM across Filmfare’s social media platforms.

5 Most Easiest Ways To Give Up Alcohol Addiction From Home