The Folding Mystery of The Universe, The Devil’s Triangle 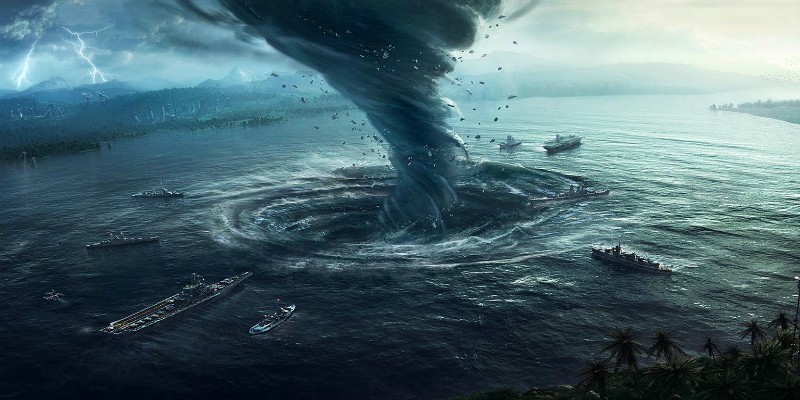 THE FOLDING MYSTERY OF THE UNIVERSE – BERMUDA TRIANGLE!

As a teen, we all could have somehow heard about the fact of Bermuda triangle which pulls anything that flies over in the sky and we must have also thought its gravitational power. Let it be, The Bermuda Triangle is a mythical section of the Atlantic Ocean which is bounded by Miami, Bermuda, and Puerto Rico and it is at this particular point the countless number of ships and airplanes have vanished in a fraction of second. Unbelievable incidents such as the pilots of a squadron of U.S. Navy bombers became disoriented and the ships diminished without any threatening signals. Even though there is a heap of theories that scientists have been putting forth, the theories are not proven literally. The fatal happening of the triangle is also known as the Devil’s Triangle.

The beginning of a mystery: Bermuda Triangle is all began from the writers and the mystery was initially emitted by them. The writers are rich in wild imaginations but many of these were truly famous and were highly respected during their ages. However, the very first abnormalities on the sea were noticed in 1950 by Edward Jones in the daily newspaper Miami Herald which was published in Florida. Meanwhile, the mystery started to get worldwide attention only in 1952 when George Sand wrote about the unrevealing mystery of the Bermuda triangle in Fate Magazine which covered the incidents of missing flights or planes and never returned. Later, so many authors started to pen down the unexplained mystery of the Bermuda Triangle and began spreading as fast as it could. Sooner, It turns out to be a reality amongst millions of people around the world.

UNPROVEN THEORIES: Meanwhile, there have been so much researches and theories undertaken by scientists and researches trying hard to prove the different circumstances of vanishing ships and planes. Here are a few theories below explaining the mystery.

METHANE GAS: Think of yourself being trapped amidst the sea and you have been pulled into the water with great force. The gas that trapped under the seafloor can emit which results in the lower density level of the water and thus causes ships to sink like a rock. Even it causes planes flying over it, it can catch fire automatically and get completely destroyed during such gas blowout.

HEXAGONAL CLOUD AND AIR BOMBS: It was from satellite images Meteorologists have recently found strange hexagonal clouds with the ability to blasting winds to the ocean below at massive speeds. These windy storms on the ocean can almost create waves as high as 45-feet. And that’s how planes and ships sink into the ocean within a second.

However, still the ‘mysteriously vanishing’ Bermuda triangle prevails to be an unnatural happening in the universe.

“LOVE AT FIRST SIGHT” – How Does It Feel?

Most Funniest Names of 7 Indian Railway Stations You Never Knew