The Lively Breathing French Colony of India – The White Town of Pondicherry! 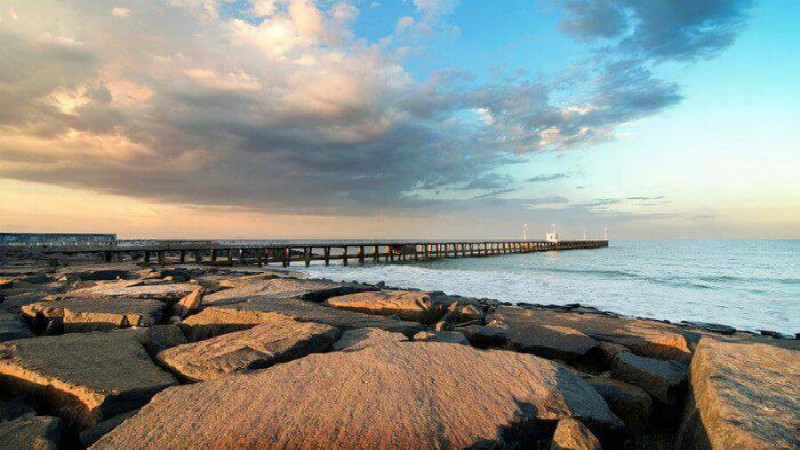 The lively breathing French Colony of India – The White Town of Pondicherry!

A rambler at the roads of exuberant White Town, Literally feels like a time travel to the early FRENCH COLONY! A paradise for the lovers of eye-catchy doors and awe-inspiring architecture! French air acquaintances the rambler at the vivacious places of White Town. Furniture and the colorful houses, of course, leave you enthralled. Induce with the French Colonial impression, the rambler engrossed in; The tutti-frutti ambiance of the serene White Town in South India!

Pondicherry, which is now known as Puducherry, is a union territory of India and was formed out of four territories of former French India, namely then called Pondicherry, Karikal, Mahe and Yanaon. The ancient recorded history of the municipality of Puducherry can be detected in the second century AD. Back in 1964, the historically popular place, then called Pondicherry turned out to be a French colony of the French Colonial Empire. With its bygone age, Pondicherry presently stands to be the best and great tourist destination. There are as many as shells to open and add the pearls here at Pondicherry. It is one such place where all the travelers have been dreaming to experience at least once in a lifetime and so it is placed in their bucket list of places to explore. It offers with captivating beaches, palatable foods along with stupendous architecture. Pondicherry is a damn cool place to soak your travel soul with an ecstasy of splashes.

Known to be the French Riviera of the East, Pondicherry has been ready to proffer you the feel of the French culture right here in India. White Town at Pondicherry is particularly the French part itself, where the name suggests, this area was reserved for the white or French people earlier. From old-aged people to youngsters to the kids, all will be extremely excited to walk on the streets of White Town.  Wondering around White Town, you will get the tutti-frutti colors of ambiance and often you will spot the yellow and white walls. You will also find arched gates, clear and clean roads, bougainvillea and clear European-style streets along with vibrant trees and colorful flowers offering natural merry air, thus providing the dreamlike ambiance. The stunning French-inspired architecture transforms White Town as a visual treat.  So, here are some of the places which you cannot miss visiting, while you are at White Town in Pondicherry.

MUSEUM AT WITE TOWN: Are you passionate to know about the history? If YES, then find some quality at this Museum. It has been inhabited with the vast collections of arms like old guns, muskets, swords, and knives. A collection of statues of stone and metals is so huge than other museums. You will get a glimpse of French Pondicherry, mirrors, grandfather clock, furniture, cutlery, and other items that still remain immortal to tell the history to generations of the visitors. Thus the museum displays the French era of Pondicherry.

ROMAIN ROLLAND LIBRARY: Being one of the oldest libraries, Romain Rolland was renamed to honor French scholars in the year 1966. It has a great history and is referred by its French name “Bibliotheque Publique” and has a massive collection of books. Just grab a book and relax at the lively beaches.

PONDICHERRY OLD LIGHTHOUSE: This is the old lighthouse and non-functional, it is diagonally opposite to the Gandhi statue. As it is government property, the entry inside is restricted. But if the government allowed a ticket system, then the visitors could enjoy the amazing panoramic view of the place.

PONDICHERRY – JOAN OF ARC STATUE: Joan of Arc or Jeanne d’ Arc is a patron saint of France and is well-represented by her statue in Pondicherry. The interesting thing about the statue is that it turns its back to the sea and faces the Our Lady of Angels Church and if you wish to enter the park, then you must have to come from the church side. There are statues of legends like Dupliex and Gandhi.

BEACH ROAD: This is said to be the Sunset Boulevard of Pondicherry and during the day time the traffic is allowed yet after evening, the traffic is restricted to allow the visitors to indulge in merriment. This lively winding road stretches right across the White Town at the edge bordering the Promenade Beach. Surprisingly, almost every important tourist spot is located on this road itself.

Get instilled by a glimpse of French here at White Town in Pondicherry!