The Most Weird Indian Ritual of Breaking Coconut On Devotees’ Head QUEER PRACTICE OF SMASHING COCONUTS ON THE HEAD OF THE DEVOTEES’!

Ouch! Smashing the coconuts on the skull of the person!

Probably, India is considered to be the country of mystery with multiple puzzle ways to go through. While native people adapt their own culture and tradition, they are following several-year-old traditions and customs which could not be accepted by some people in this modern world. However, India has been famously known for its varieties of flabbergasting festivals which fills you with ecstasy but also with awful experience. How come a festival provides an awful experience? But Yes! The traditions and rituals associated with the celebration of the festival make the spectators react in an unpleasant way. Certain weird rituals could not be accepted as it is hella appalling. Since India is known for its several oldest traditions, Tamil Nadu stands out to be highly cultured with so much into it. It has been still treasuring ancient customs and practices.

Tamil Nadu, as mentioned for its year-old traditions and strict customs has more to tell you. One such oldest festival celebration is known to be Aadi Perukku which is celebrated on every monsoon. The purpose of this celebration is to proffer the tribute to the life-giving and supporting nature of the water. However, worshipping nature is an essential part of the festival and so every family could be instilled with welfare, peace, and prosperity. Although the celebration of the festival has been associated with multiple rituals, smashing coconuts on the head of the devotees’ seems to be uncanny. Howbeit, breaking coconuts on the devotees’ head would symbolically represent freeing yourself from your past and surrendering yourself to God. It is completely on the willingness of the devotees’ to practice this weird tradition. To our surprise, so many people throng to Mahalakshmi Temple at Karur in Tamil Nadu to be showered with the blessings on this amazing thanksgiving festival. 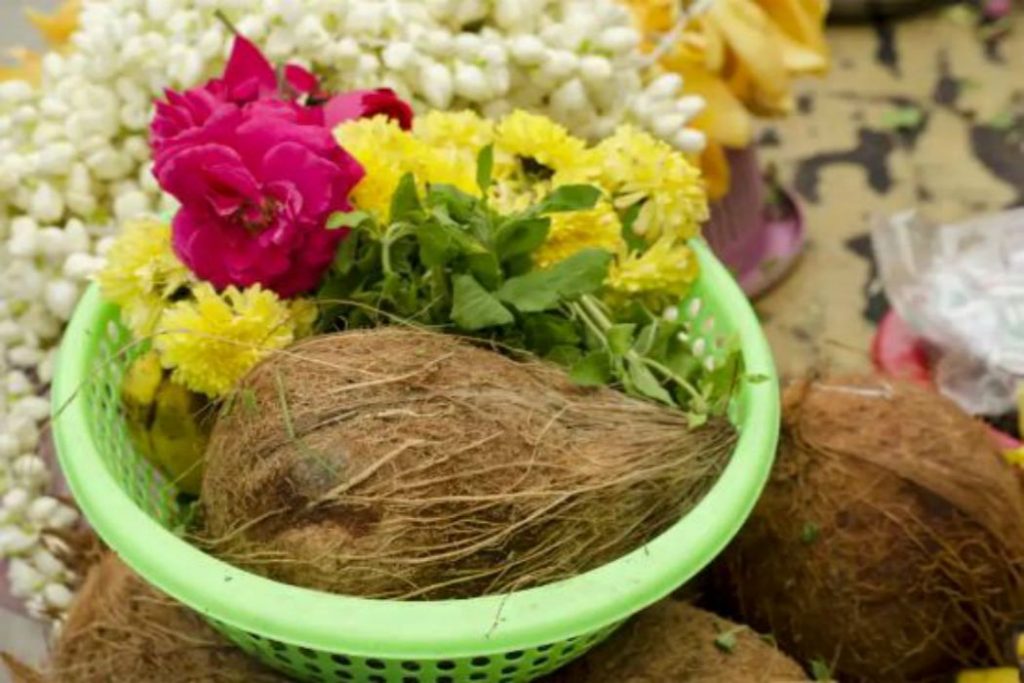 The ritual goes with the priests holding the head of the devotees sitting in a queue and another priest would break the coconut on the head of the devotees within a fraction of second. Obviously, it would create injuries to the people and some rush to the hospital for the first aid. However, some might abstain from going to the hospital as the people believe that they would be punished with the wrath of the deity. But they use to apply turmeric and a sacred powder called “vibhooti” on the injuries. How strange it is to see someone literally breaking their skull by smashing the coconuts on it? But it is all about rich traditions and old customs. It is no surprise that this ritual is still in practice as it is not totally fatal in nature.

The legend has it that once the devotees prayed to Lord Shiva for his help, the trident holding deity refused to appear. The devotees took the coconuts considering it has three eyes as Lord Shiva, they started breaking it on the head. Pleased with the deeds of His devotees, Lord Shiva appeared before them and granted their wish. Nevertheless, the temple holds a museum in which multiple coconut-shaped stones are kept for display. It is also believed that these stones were excavated long back during the construction of the compound wall around the temple.

Top 14 Most Romantic Indian Honeymoon Destinations You Should Visit Sooner