The Muscle Machine HELMUT STREBL Every Fitness Enthusiast Should Know “Making a truly committed decision is the ultimate power.”

Helmut Strebl is well known all over the world and is famously known in the fitness industry as he is possessing one of the most defined bodies, the world has ever seen. The world is wondering at his low body fat percentage and it is the only true testament to what can be achieved with years of hard work and dedication. Did you know he is modeled and competed for 20 years? Yes! He also becomes the popular figure for providing motivational speeches that inspire others to achieve physiques of greatness in life. His accomplishment and achievement go on as the list is so long to highlight. Here is his life story where, Helmut, at the age of 12 first started training to protect himself from high school bullies. It all started with that he would be noticeable since his friend was “a muscle – machine.” Started only with the intention of self-protection which pushed him into the weight training! Later, he realized that there was more to weight training than self-defense.  He just thought to himself that “I was also determined to put myself on a physical par with this schoolmate, my odd twin.” So, at this point, he went on to train harder so he could compete even against his friend in real size and strength. This particularly motivated Helmut to train and grow stronger and stronger and thus his dream rises as to become a fitness model. He almost enjoyed every weight – lifting part from the very beginning. He was only 16 years old when he joined the gym and it was due to his high aspirations and mental conditioning played as a key to his fitness training and competition. 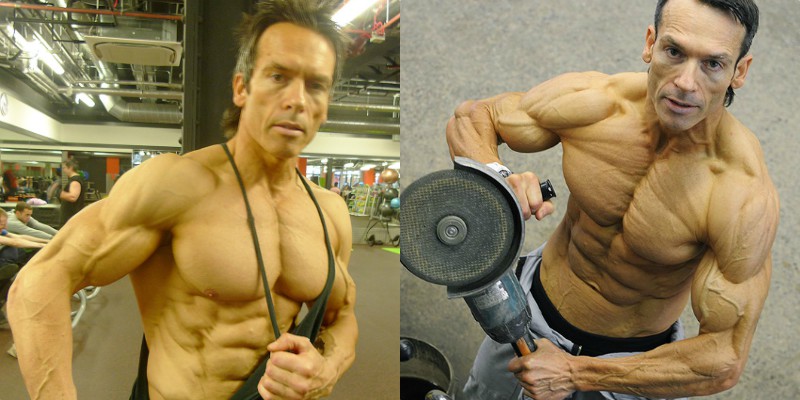 Helmut will generally do supersets where he will work to failure. In between, he will breathe in and out roughly 5 times before moving to the next set in the workout. When it comes to the gym sessions, the weight he uses and the intensity all come out from his instincts. Yet for his long term practice session, he will prepare a calendar of when he will train, what body parts and on exactly what time of the day. He really also advocates correctly in all means and you can witness it through his muscles and symmetry which Helmut connects his mind to his body while training. And he follows a certain set of rules when it comes to exercising and they are as follows.

Stop lifting if he feels the pain

Attention to the proper form

Execute the full range of motion

Though he is influenced by his friend and he retains to push the boundaries from one achievement to another and thus, he himself becomes the idol. And thus, Helmut uses his body as a message that anybody can achieve what they really want once they induce their mind to it. It is only because of true hard work and years of dedication and practice, he turns out to be an idol in the fitness world. His low fat and his rules may inspire you to follow it up and you too can get a great physique.

Super Incredible Nutritional Benefits of eating Figs You Should Know

The Ultimate Guide on Where to Pitch Your Tent in the USA!