‘The Social Dilemma’ is a must watch film says Mahesh Babu; terms it as one of the scariest films 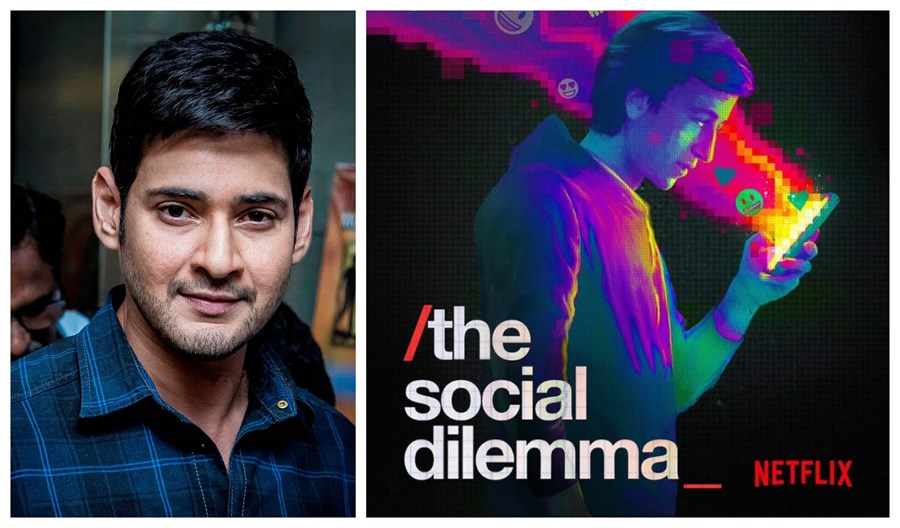 Telugu film star Mahesh Babu praised Netflix film ‘The Social Dilemma’ on his social media on Monday. He said that he has been a fan of horror films but the American docudrama film which released 2020 is one of the scariest films he has seen in recent years.

Taking to his Twitter account, Mahesh Bhatt shared the poster of ‘The Social Dilemma’ and wrote, “I’ve seen many horror films and have been a fan of the genre… ’Social Dilemma‘on Netflix is the most scariest of them all !! It’s still giving me the chills as I write this… A MUST WATCH!”

The Social Dilemma is directed by Jeff Orlowski and written by Orlowski, Davis Coombe, and Vickie Curtis. The film explores the rise of social media and the damage it has caused to society, focusing on its exploitation of its users for financial gain through surveillance capitalism and data mining, how its design is meant to nurture an addiction, its use in politics, its effect on mental health (including the mental health of adolescents and rising teen suicide rates), and its role in spreading conspiracy theories such as Pizzagate and aiding groups such as flat-earthers.

The interviews are cut together with dramatizations starring actors Skyler Gisondo, Kara Hayward, and Vincent Kartheiser, which tell the story of a teenager’s social media addiction.

‘The Social Dilemma’ premiered at the 2020 Sundance Film Festival and was released on Netflix on September 9, 2020.

On film front, Mahesh Babu next will be seen in Parasuram Petla directorial ‘Sarkaru Vaari Paata’.  He is also producing ‘Major’ which is based on the life of November 2008 Mumbai attacks (26/11) martyr Major Sandeep Unnikrishnan. It stars Adivi Sesh, Sobhita Dhulipala and Saiee Manjrekar in pivotal roles.

‘The Social Dilemma’ is a must watch film says Mahesh Babu; terms it as one of the scariest films
0
Share FacebookWhatsAppLinkedinTwitterPinterestEmailFacebook MessengerTelegramViberPrint