This Teacher’s Day, Filmfare pays a heartfelt tribute to Masterji Saroj Khan and other mentors of film personalities across India 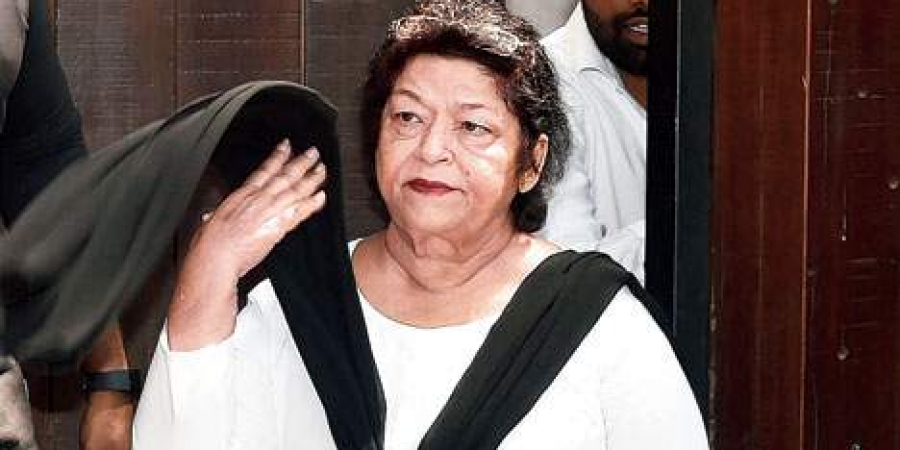 Over its legacy spanning six glorious decades, Filmfare, India’s leading entertainment brand, has featured a host of icons from the industry, who have taught cinephiles around the world some life lessons. On the occasion of Teacher’s Day, the brand leaves no stone unturned in celebrating the influence of teachers in our lives. Taking the celebrations a notch higher, Filmfare,  through two videos, honors the mentors who have left a lasting impression on our stars.

The first, titled Miss You Masterji – A tribute by Filmfare,  salutes exceptional choreographer, the late Saroj Khan. The endearing clip features three timeless beauties of Bollywood – Juhi Chawla, Shilpa Shetty, and Raveena Tandon – who had the privilege to train under her. Reminiscing the times, Juhi Chawla revealed she was mesmerized watching Masterji perform.  She said it was impossible to take one’s eyes off when she was dancing. Shilpa Shetty recalls Saroj Ji saying that heroines should always look glamourous, even if it was a sad song. Raveena Tandon, who collaborated with the late Saroj Khan on many occasions, called her the “pillar of choreography, expression, and emotions.” Such was Sarojji’s magic!

Filmfare also dropped another video, titled ‘Lessons Forever’ that features stars from regional cinema paying homage to their gurus. They shared how grateful they were to these inspirational figures, who shaped their personalities. South superstar Dulquer Salmaan recalled it was his librarian in school, Rani Abraham, who encouraged him to develop the habit of reading. Shruti Haasan thanked her music teachers – Hindustani sangeet guru  Pandit Manohar Kulkarni and Mike Campbell from the Musicians Institute. With parents playing the all-rounder role of guardian, friend, and teacher, actors Amruta Khanvilkar and Sonam Bajwa thanked their respective mothers. Actor Abir Chatterjee revealed it was his dad, who molded him into becoming the person he’s today.

Just like the guiding lights mentioned above, each one of us too has had someone who’s played a key role in our lives and supported us greatly.  So, this Teacher’s Day, Filmfare celebrates and applauds all those mentors who gave worthy lessons and wonderful memories to relive.