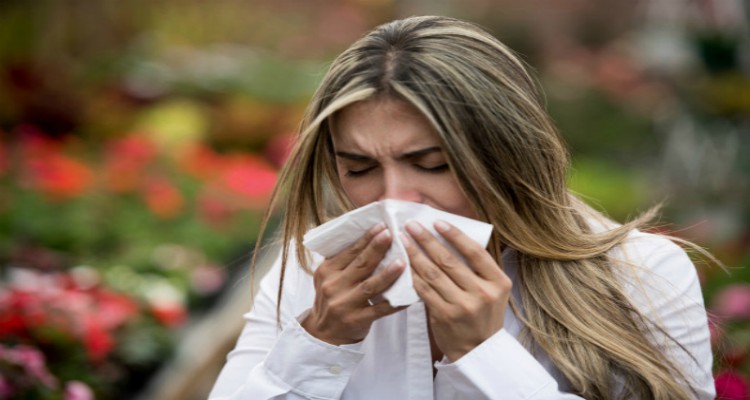 Seemingly, sneezing is an unavoidable thing that you could not control and is a natural thing to do. People sneeze due to sudden climatic change or when they are infected by cold or a sudden allergy or a sudden distinct smell. To some people, sneezing becomes a habit as they sneeze every morning due to some allergic reaction. It can never be predicted which will make you feel awkward and embarrassing at times. Only people who are sneezing every morning feeling the pain which gives nose irritation to them. However, sneezing and sniffles are the natural way to remove irritants and infectious gems form the body, you can better rely on the natural home remedies which battle the infections. So, you can add you’re natural weapons to battle the allergic sneezing.

BLACK CARDAMOM: Black cardamom is one of the kitchen ingredients which can assist you to cut down the sneezes right away. It is the strong aroma which helps you along with the essential oil to get rid of mucous flow and relieves from irritants. By chewing this spice, it can help you to get rid of the allergy.

GINGER AND TULSI: And here is the traditional natural remedy, Ginger and Tulsi. Both ginger and tulsi make a powerful combination in fighting against the cold, cough and sudden allergies within a period. All you will have to do is to boil 3 to 4 tulsi leaves with a small piece of ginger in the required amount of water for effective results.

GARLIC: Yet another traditional medicine which can be useful in getting rid of stomach related problems. Now, Garlic acts as a fighting agent in vanishing away from the irritating allergies. It has been incorporated with an ingredient called ‘allicin’ that acts as a nasal decongestant which boosts your immunity as well. You can chew them or else you can fry them in ghee to get the best results.

GOOSEBERRIES or AMLA: Otherwise known as Indian gooseberry, Amla is used to treat many health issues. It will not only boost the immunity level of the body but also the presence of strong antioxidants will clear up the nasal pathways which help to relieve the sneezes too. So, you can consume it in raw or in the form of juice.

BLOW YOUR NOSE: As mentioned earlier, sneezes are caused due to some irritants in the nose and sinuses. So, when you feel like you are about to sneeze, just try to blow your nose. So, you could wipe out the irritant and deactivate the sneeze reflex. Always keep a box of soft tissues with you.

Astounding Health Benefits of A Cheerful Glass of Whiskey!