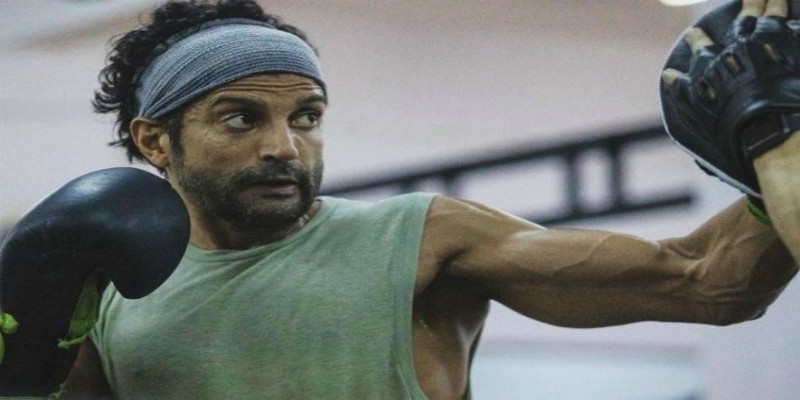 After playing sprinter in Bhaag Milkha Bhaag, multi-talented powerhouse Farhan Akhtar is prepping to slip into the character of a boxer by teaming up with the director, Rakeysh Omprakash Mehra once again in his most anticipated upcoming movie, Toofan.

Actor Farhan Akhtar just took to his social media and shared a training video and confirmed that the film will go on floors in ten days. He captioned it, ‘10 days till filming. #ToofanInTheMaking #boxerlife #drillsforskills #fitnessgoals @drewnealpt @samir_jaura”

The film will be a “heartfelt story of a boxer” – Toofan will be bankrolled by Akhtar and Riteish Sidhwani’s Excel Entertainment and Rakeysh Omprakash Mehra’s ROMP Pictures.

Apart from Toofan, actor Farhan is gearing up for his upcoming movie, The Sky Is Pink where the actor will be sharing the screen with Priyanka Chopra after their previous movie, Dil Dhadakne Do was a blockbuster hit in the theatres.

The Sky is Pink is an upcoming biographical film directed by Shonali Bose and co-produced by Siddharth Roy Kapur, Ronnie Screwvala and Chopra under the banner of RSVP Movies, Roy Kapur Films and Purple Pebble Pictures. It also stars Zaira Wasim.

It is based on the motivational speaker Aisha Chaudhary who was diagnosed with pulmonary fibrosis.