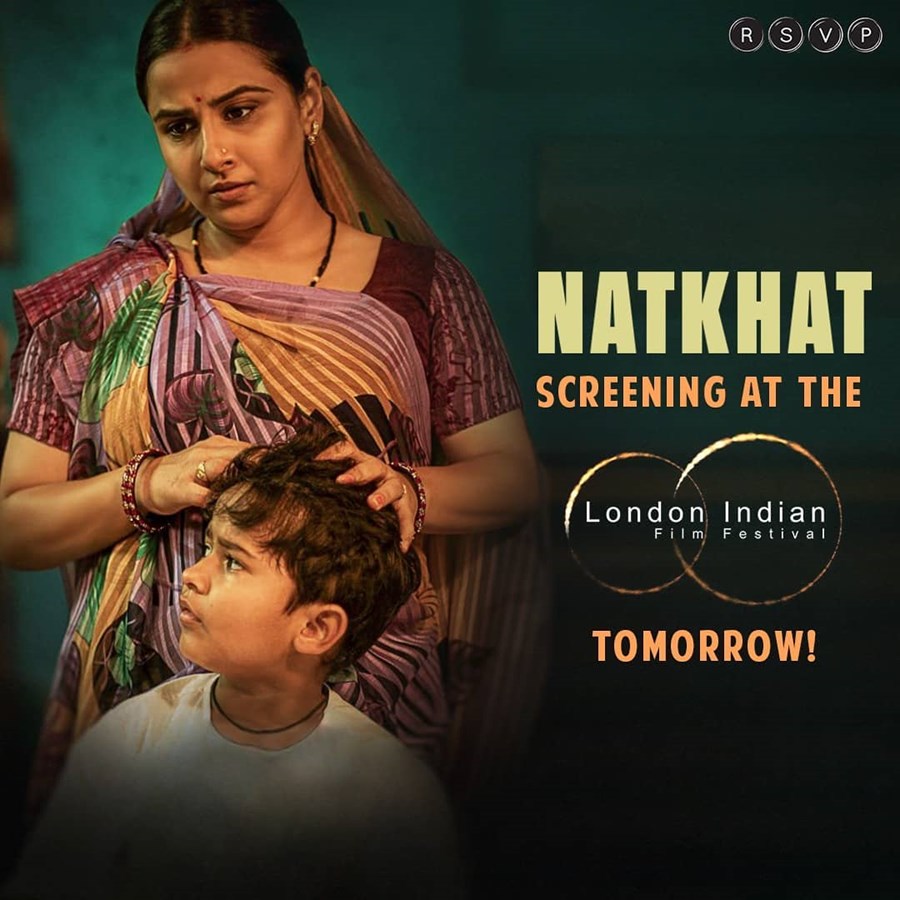 Talented actress Vidya Balan’s foray into the short format, Natkhat will have its first theatrical screening at Cine Lumiere as part of London Indian Film Festival.

Natkhat is directed by Shaan Vyas and written by Vyas and Annukampa Harsh. It is bankrolled by RSVP Movies, starring Vidya Balan as a mother educating her young son about gender equality. It premiered on YouTube as part of the We Are One: A Global Film Festival.

The official handle of RSVP Movies dropped the deeds on the screening. It said, “We are extremely proud to announce our film #Natkhat is having its ‘first theatrical screening’ on the 17th of September, tomorrow, 20:00 at Ciné Lumière as part of @loveliff. #RonnieScrewvala @balanvidya @sanayairanizohrabi @shaanvs @annukampa_harsh”

Actor Vidya Balan also expressed her excitement over the screening. She shared a story on her social media profile, where she wrote, “we are extremely proud to announce #Natkhat’s first theatrical screening @loveliff @rsvpmovies”

On the work front, Vidya Balan was last seen in the Akshay Kumar multi-starrer Mission Mangal and Shakuntala biopic.

Next, Vidya will next star in Amit V. Masurkar’s satire Sherni, and has committed to produce and star as Indira Gandhi in a yet-untitled web series based on Sagarika Ghose’s biography Indira – India’s Most Powerful Prime Minister.

Tamannaah Bhatia Gets Back To Work with Extreme Precautions