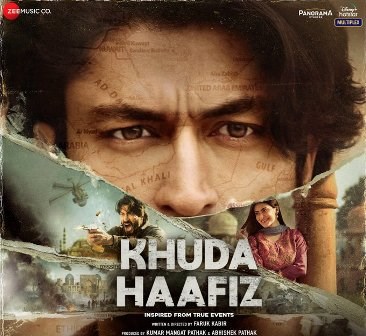 Sushant Singh Rajput’s death has changed the way people look at Bollywood now. The outsiders in the industry are starting to get the love and acknowledgment of their work. People who used to blindly follow star kids before are encouraging real talent who are so-called ‘outsiders’ in the industry.

Vidyut Jammwal who has not been able to make a place in A list actors of the industry to date, even after giving hits is getting immense love from the audience and cinema lovers for his upcoming film. His film ‘Khuda Haafiz’ will be releasing today on Disney+Hotstar. Before the release of the film, #SupportOutsidersSupportVidyut has been trending on twitter.

People are promoting the #SupportOutsidersSupportVidyut trend in a big way. There are multiple tweets where his fans are urging other people as well to watch this film and support Vidyut. This will surely boost up the viewership of the film.

While the people are supporting Vidyut Jammwal on one hand and the trailer of the film garnered 8 million-plus views, supporters of Sushant Singh Rajput ensured that the trailer of ‘Sadak 2’ became one of the most disliked trailers.

The film will stream on Disney+Hotstar from 7:30 pm onwards.