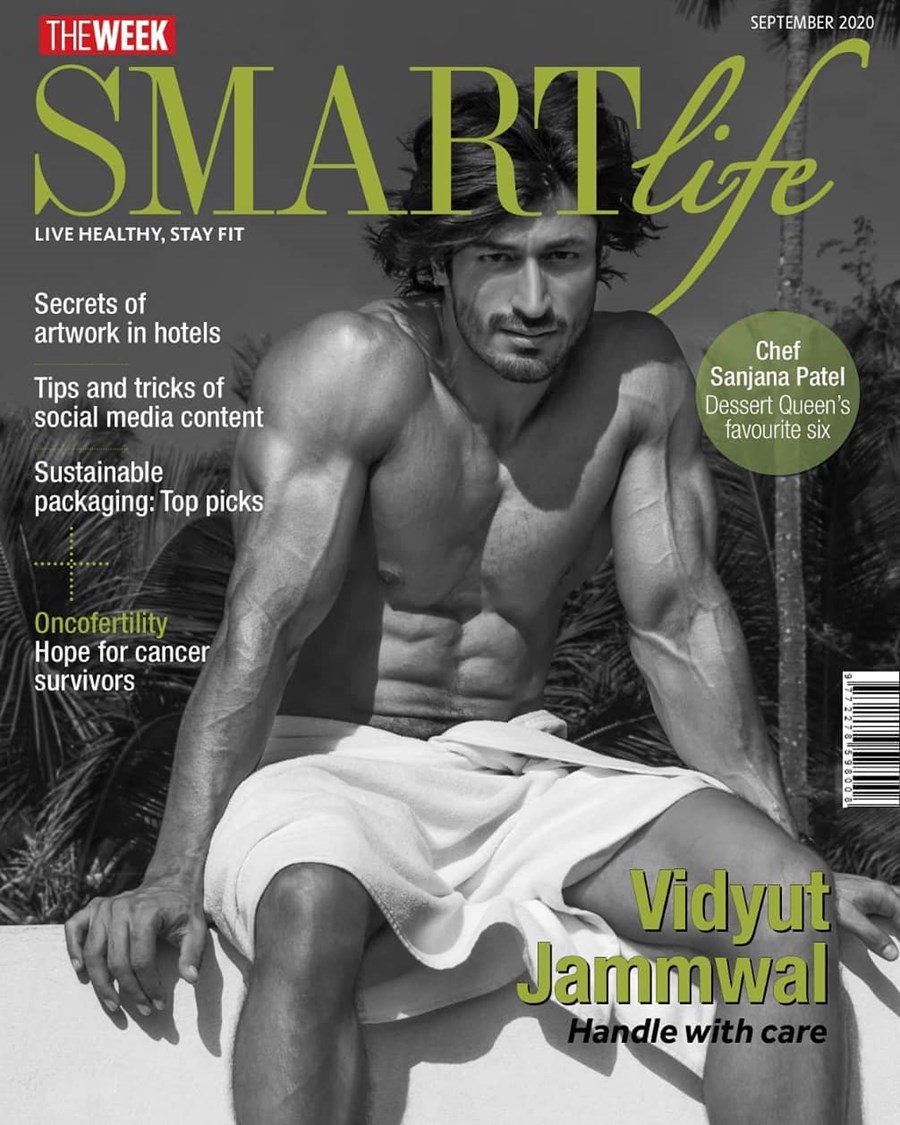 After gracing the cover spread of leading GQ India, action superstar Vidyut Jammwal is looking hot and flaunting his chiseled body on the latest cover spread of Smart Life, a magazine dedicated to health and fitness.

Force actor Vidyut is an epitome of every struggling actor who dreams big, those dreams come true if you committed to your craft and path. With back to back massive hits and unprecedented popularity, it would be safe to say that he has arrived!

Vidyut Jammwal is not only a great actor but a martial artist, and stunt performer, having learned the Indian martial art of Kalaripayattu since the age of three.

Jammwal made his Bollywood debut with the John Abraham starrer 2011 film Force, a remake of the Tamil-language film Kaakha Kaakha. He played a negative role in the film and won multiple best debut awards including the Filmfare Award for Best Male Debut.

Vidyut is currently basking the glory of Khuda Haafiz, an action drama written and directed by Faruk Kabir and produced by Kumar Mangat Pathak and Abhishek Pathak under Panorama Studios. The film premiered on Disney+ Hotstar on 14 August 2020.