Vivek Oberoi joins the cast of ‘Rosie: The Saffron Chapter’ 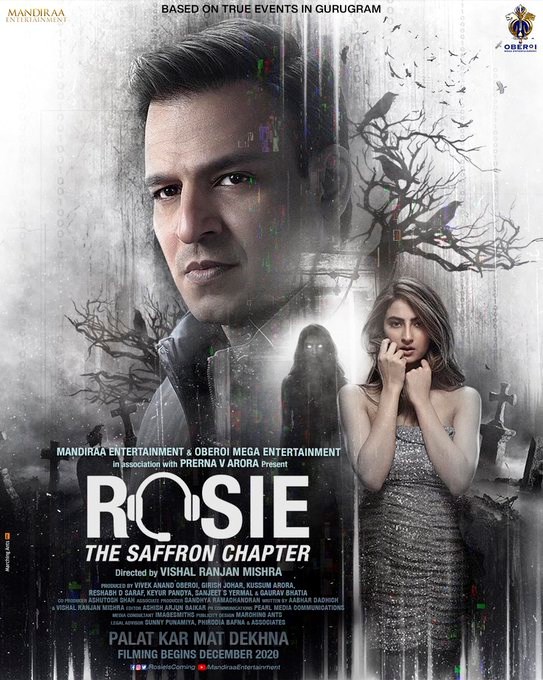 Actor Vivek Oberoi, who is producing a upcoming horror-thriller film ‘Rosie: The Saffron Chapter’ under his banner Oberoi Mega Entertainment announced that he will also play one of the important characters in it. The film marks the Hindi film debut of television actress Shweta Tiwari’s daughter, Palak Tiwari.

Taking to his Instagram handle on Sunday, Vivek shared poster of the film which features himself along with Palak Tiwari.

He captioned the poster as, “Things are not always as #Rosie as they seem, so #PalatKarMatDekhna! Glad to join the cast & present my first look in Rosie: The Saffron Chapter, directed by @mishravishal. Hope you like it. @RosieIsComing @palaktiwarii #PrernaVArora @mandiraa_ent @IKussum @girishjohar.”

‘Rosie: The Saffron Chapter’ is inspired by true events. It is the first film of a horror-thriller franchise. The film revolves around Rosie, one of the employees at Saffron BPO, which is said to be haunted.

The shooting of ‘Rosie: The Saffron Chapter’ will begin from December this year. The film is presented by Mandiraa Entertainment and Oberoi Mega Entertainment, and produced by Vivek Anand Oberoi, Girish Johar, Kussum Arora, Reshabh D Saraf, Keyur Pandya and Sanjeet S Yermal.

Instagram link of the motion poster of Rosie: The Saffron Chapter – https://www.instagram.com/p/CFWGwOwnlfC/

Rana Daggubati to host an animated series ‘Why Are You?’; unveils promo of the quirky irreverent fiction comedy web series