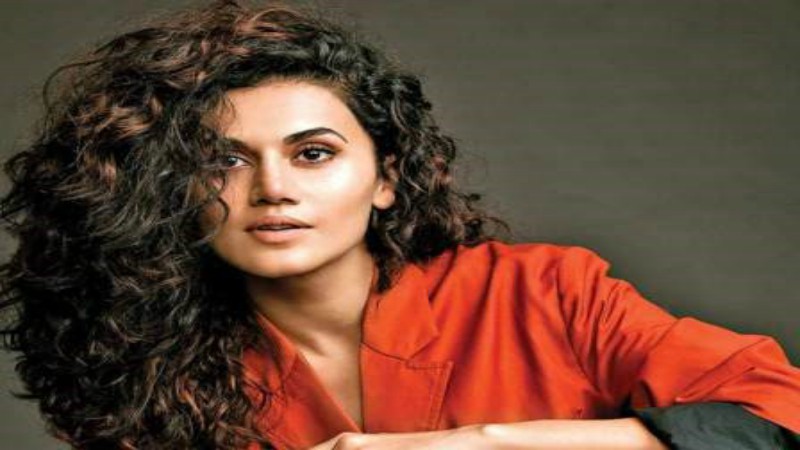 Actress Taapsee Pannu says she wanted to do a film where two heroines were in lead with equal parts on the sideline of Saand Ki Aankh Trailer launch.

The entire cast and crew along with Taapsee Pannu and Bhumi Pednekar graced the trailer launch of Saand Ki Aankh, a biopic based on the lives of sharpshooters Chandro and Prakashi Tomar.

Talking about her journey of seeking out the film and coming on board, Taapsee Pannu said, “I really wanted to do a film where two heroines worked side by side in equal roles. I really wanted to do a film like that, and I am saying it honestly. I went out, I called up the makers and I’d asked them about the story they had, two heroines with equal roles, without knowing anything about the characters age”

“Once I came to know about whose story it is, I thought I am disqualified on the basis of age. But the makers insisted on narrating the story. So I heard the story, I had tears in my so many times during the narration and without wasting my time, I said yes within ten seconds”

Further adding Taapsee said the movie holds a special place in her heart, and she dedicated to her mother.

“So my mom is sixty and this film is special because at this age I feel like telling her I want to be the reason for her to life the way she wanted to, for a change. This film is dedicated to my mother” added Taapsee.

Saand Ki Aankh is directed by Tushar Hiranandani and produced by Anurag Kashyap, Reliance Entertainment and Nidhi Parmar.  The film also features Prakash Jha and Vineet Kumar Singh. It is slated to release on 25 October 2019.

It’s A Baby Boy For Amy Jackson And George Panayiotou