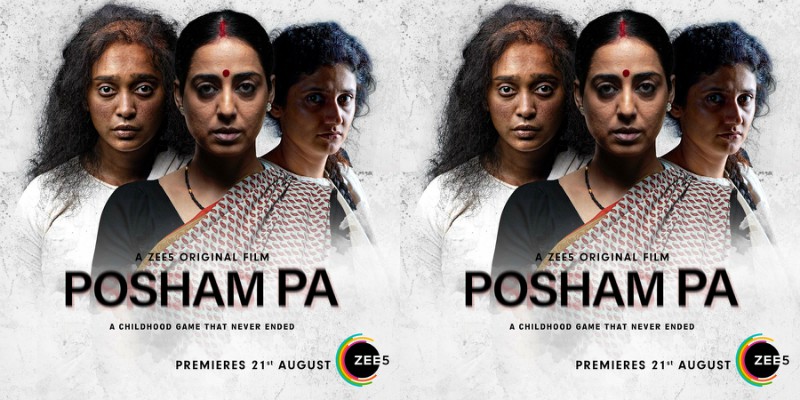 ZEE 5, unveils the poster and teaser of Posham Pa, a psychological thriller inspired by true events. Starring Mahie Gill, Sayani Gupta and Ragini Khanna in a never seen before avatar Posham Pa is a story of a psychologically disturbed mother who coerced her daughters into a life of crime.

The poster is sure to leave a mark on the minds of the audiences and convey that the film is dark and edgy.

The teaser further pushes the envelope and unravels the heinous, merciless crimes the duo have undertaken and how it has altered their own being.

The teaser builds frame by frame on the tonality of the film. It has been packaged with a childhood rhyme which makes it seem even more sinister.

The film releases on 21st August exclusively on ZEE5.