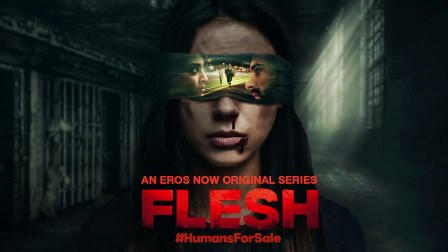 ​Kangana Ranaut Wishes Everyone On Janmashtami

The makers are finally out with the motion poster of Flesh, the trailer will be out tomorrow. The series stars Swara Bhasker and Akshaye Oberoi.

Actress Swara Bhasker has undergone action workshops with action directors to prepare for the role of a police officer in crime thriller series “Flesh”. The series revolves around the global human trafficking industry and how a police officer takes matters onto herself.

The shooting and announcement for the series took place last year, but only now the makers have made any sort of announcement regarding the project.

The series stars Swara Bhaskar as a belligerent female cop who takes matters into her own hands in pursuit of those trading in human beings.

The screenplay is by Pooja Ladha Surti, best known for her work on acclaimed films including “Andhadhun,” “Badlapur,” “Phobia,” and “Ek Hasina Thi.”