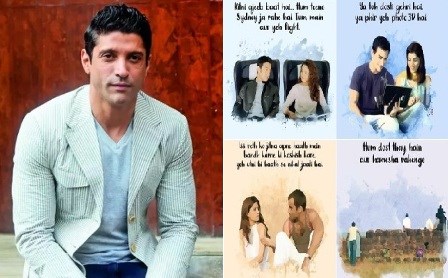 The cult classic drama on friendship and life has gone down in the history of Indian cinema as one of the best and well-made movies ever. The film starred Aamir Khan, Akshaye Khanna, Saif Ali Khan, Preity Zinta, Sonali Kulkarni, Dimple Kapadia, Ayub Khan, Rajit Kapoor and Suchitra Pillai among others.

Farhan Akhtar took to his social media and wrote, “#19yearsofDilChahtaHai…Thank you from the bottom of my heart, for the love you continue to show it.  To my amazing cast & crew, wherever you are, see you at Chapora Fort!! Jahaaz aur bhi bada ho gaya hai”

Dil Chahta Hai has been bestowed with several accolades including National Film Award for Best Feature Film in Hindi. The film has amazing music by Shankar–Ehsaan–Loy and best songs which are hummed by people even now.