Why is Biryani an Ultimate and Favourite Food of India? 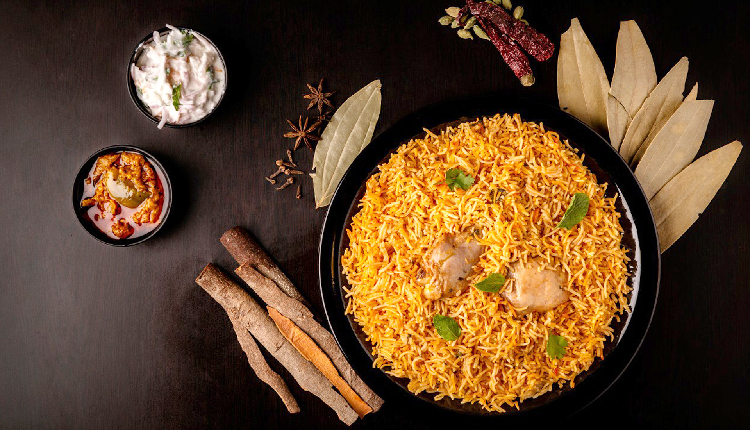 Of course, the pleasant-tasting Biryani is undoubtedly the Indians’ favourite dish. What does biryani mean to you? If asked, every one of us would put forth our love towards the dish but we do not realize the real reason for the obsession with the finger-licking dish. However, we have varieties of biryani existing in different parts of India which would stand unique with their mouth-watering quality. Even though biryani is considered to be an aboriginal dish of India, it has made its way from a longer distance. It is acquired from the Persian word ‘Birian – fried before cooking’ and also Birnj, which is the Persian word for rice though. And we have several histories behind biryani and how it made its way to India. So, let’s add up a flavoursome story to a delicious dish, Biryani.

THE HISTORY OF BIRYANI: 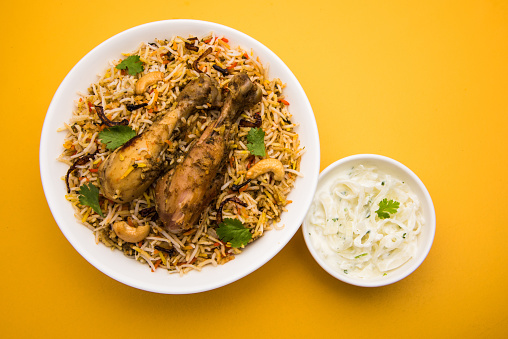 Biryani has its own classic story which flows as that the Turk-Mongol conqueror named Timur, brought the progenitor to the biryani with him long back when he arrived in India in 1398. It is believed that the war campaign diet of Timur’s army was an earthen pot full of a concoction of rice, spices and the available meats would be buried in a hot pit. Later, the succulent dish was served to the warriors. However, there is another legend that runs as the dish was brought to the southern Malabar coast of India by Arab traders who were believed to be frequent visitors over there. Have you heard of Oon Soru in Tamil Literature? Oon Soru was believed to be made of rice, ghee, meat, turmeric coriander, pepper, and bay leaf and it was this luscious dish that has been recorded in Tamil literature and was served to the military warriors.

You may also like: 4 Types of Briyani You Should Never Miss Tasting

Here is one interesting thing disclosed Mumtaz, who inspired Shah Jahan to build one of the wonders of the world, once visited the army and found the Mughal soldiers feeble. She ordered the chef to prepare a scrumptiously special dish with the amalgamation of meat and rice, to offer nutrition to the soldiers and that’s how aromatic biryani came into existence. Meat, spices, and saffron were added to the ghee-fried rice before cooking the concoction over a wood fire. Meanwhile, you could have heard about Hydrabadi biryani or you at least wished to taste it once in your lifetime at Hyderabad. Here is where the Nizams of Hyderabad and Nawabs of Lucknow emerged as famous for their modulation of biryani which stands with unique taste until now.

The traditional way of preparing the country’s favourite dish was that slow breathing oven method (in Persian) or “dhum pukht” which was used to make biryani. And in this method, the ingredients are mixed in a pot and slow-cooked over the charcoal or it was cooked from the top, in order to allow the steam to do wonders to the taste buds. Then, the pot was sealed at the edges with the malleable mixture of flour and liquid, which thus permits the steaming meat to jumble its flavourable juice with the rice to be well-cooked. However, spices play a vital role in preparing the yum-yum biryani. Other than that meat or chicken is known to be the indispensable ingredient and also coastal varieties such as fish, prawns and crabs are used. Even in the medieval period, they used rose water, edible ittar and kewra water in Biriyani.

5 Gorgeous Hairstyles for this Dussehra