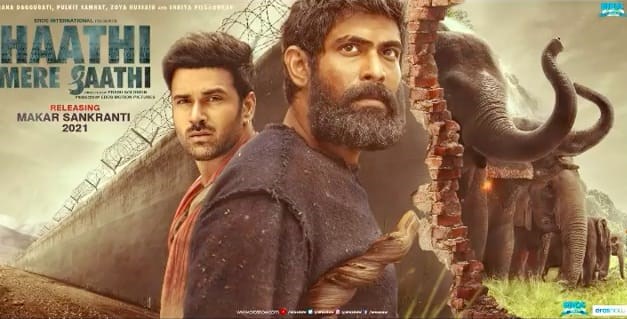 With the re opening of the multiplexes and cinema halls, the films are finally getting a release date. Films which were finished long back but had to be postponed due to Corona will now finally hit the theatres.

Rana Daggubati and Pulkit Samrat starrer film ‘Haathi Mere Saathi’ will have a theatrical release next year on Makar Sankranti.

Pulkit Samrat shared the news with his fans and wrote, “Today, even as we deal with a deadly pandemic, the one faced by our forests, that of human encroachment and deforestation continues to loom over us. Be a part of this thrilling battle with #HaathiMereSaathi, releasing in theatres on Makar Sankranti 2021!”

The film is a trilingual and was shot simultaneously in Tamil as ‘Kaadan’ , Telugu as ‘Aranya’ and Hindi as ‘Haathi Mere Saathi’, each with slightly different cast members. Rana Daggubati shared the release information of Tamil and Telugu versions too on his social media handle. Film is all set to release in all three languages on 15th January 2021 to coincide with Pongal and Makar Sankranti.

The film is directed by Prabhu Solomon. It features Rana Daggubati, Vishnu Vishal, Pulkit Samrat, Shriya Pilgaonkar and Zoya Hussain in lead roles. It tackles with the issue of global warming and deforestation and focuses on real life events of conservation of elephants.