BEER BELLY – Revealing The Real Facts For The Gentlemen 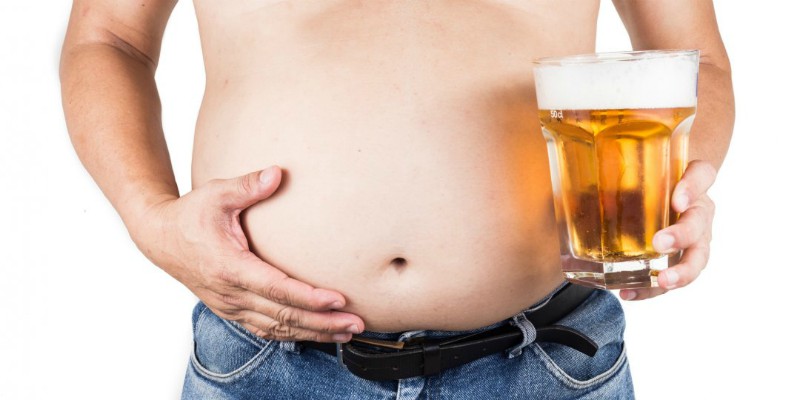 Beer Belly – The Truth behind it

Often, people say that drinking beer would increase your body weight around the belly, especially. This is commonly known as “beer belly” and what if it causes belly? Let’s get to know about the facts behind the ‘beer belly.’ First of all, beer is an alcoholic drink that is made up of grain, such as barley, wheat or rye that has been frothed with yeast. There are also other varieties of beer which flavored with fruit or herbs and species. A bottle of beer is loaded with nutrients such as calories, alcohol, carbs, protein, and fat as well as it contains small amounts of micronutrients such as sodium, potassium, and magnesium. Further, it is also essential to note that beers with high alcohol content also contain more calories. More alcohol, more calories!

But how does it cause fat gain on your body?

It is said that drinking beer can increase belly fat in several ways. When you consume the bottle of beer, you will consume an excess of calories and this, in turn, avert your body from burning fat and increase the phytoestrogen content of your diet. In three ways, the belly fat is believed to be increased by consuming beer and they are as follows.

AVERTS FAT BURNING: Normally, drinking alcohol can avert your body from burning fat and the reason behind this is because your body prioritizes the breakdown of alcohol than the other sources of fuel which includes stored fat too. It is said that drinking more alcohol than that of a limited level leads to significant weight gain at the end of the results of many studies.

CONTAINS PHYTOESTROGENS: We might know the fact that the flowers of the hop plant are used to provide beer its flavor. This plant is highly known for its phytoestrogens and which in turn causes the hormonal changes in men when consumed in the form of beer. It thus increases the risk of storing belly fat in your body.

RISES YOUR CALORIES: As mentioned earlier, beer contains many calories like that of a soft drink and so it has the power to increase the calorie content in your diet. Studies also show that drinking alcohol can increase your appetite within the short term which thus makes you eat more than the normal diet. So, when people drink beer regularly could contribute a significant number of calories to your diet.

Remember, when you have every sip of beer, you will be gaining your belly fat. Men are more likely to be affected than women and this is because men tend to drink more heavily than women. When it comes to women, most of the fats store in thighs, belly, arms and other parts of the body. But it is not the same for the men, the fat store only around the belly when they gain weight. Yet another reason is that they gain beer belly because of alcohol’s effect on the male sex hormone testosterone. Consuming alcoholic drinks like beer exhibit the lower levels of testosterone.

Fear not, make it limited as possible and then you might have to adopt a healthier lifestyle sooner.

The Most Easiest Ways To Naturally Whiten Your Teeth

Make Your Woman Moan For You With Pleasure. Gentlemen!