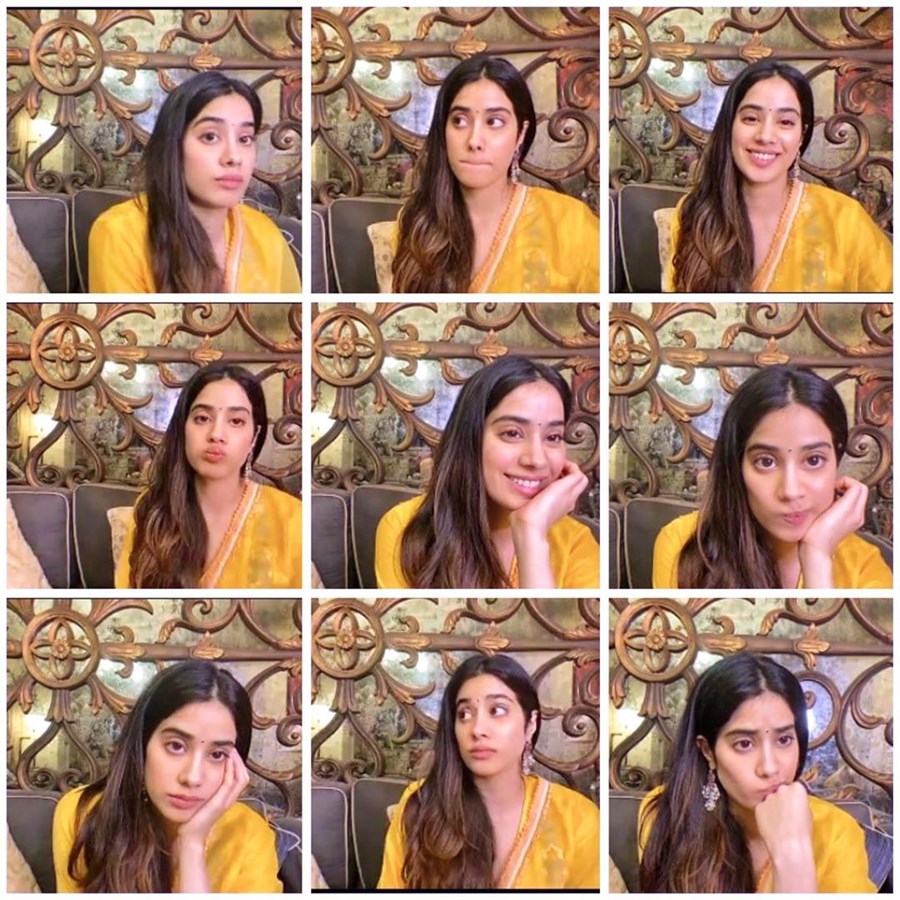 Actor Janhvi Kapoor, who next will be seen onscreen playing role of Indian Air Force pilot Gunjan Saxena, in a film titled, ‘Gunjan Saxena: The Kargil Girl’ shared her pictures on social media with different moods during digital promotion of the film.

Talking to Instagram, Janhvi posted a collage of nine pictures in which she can seen giving different expression in every picture during digital promotion her upcoming film.

She captioned it as, “Many mooods of digital promotions 🍉”.

Films are not releasing in theatres in India since last four months due to lockdown and most filmmakers are releasing their films on digital platforms to recover budget of their films. Actors and filmmakers are also giving interviews about their films and other projects from their home instead of going to media houses or press conferences.

‘Gunjan Saxena: The Kargil Girl’ is a biographical film directed by Sharan Sharma and produced under Dharma Productions and Zee Studios.

Check Out Hilary Swank In Away, Teaser Out

After watching the trailer ‘Gunjan Saxena: The Kargil Girl’, netizens believe that Janhvi Kapoor did not to justice to the role and was ‘too bland’ in the trailer. On the other hand, Pankaj Teripathi, who plays a supporting and encouraging father of Gunjan Saxena, was hailed for his performance.

From sharing hilarious memes to many boycotting the film due to ongoing Sushant Singh Rajput’s death case, people have different opinions about the film. Interestingly, they even pointed out that Karan Johar’s name is not included in the film and many believe it is because of the nepotism heat he faced in the last one month.

‘Gunjan Saxena: The Kargil Girl’ will stream on 12 August 2020 on Netflix.