5 Ways to Spend Your Weekend at Chennai’s Bessy Beach 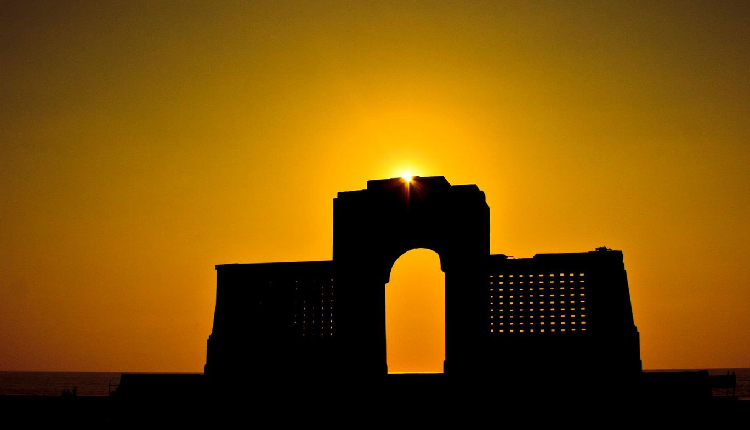 Besant Nagar Beach, also known as Elliot’s Beach or Bessy Beach, is located in Chennai. The beach is named after Edward Elliot, the chief magistrate and superintendent of police. This beach is in Besant Nagar, Chennai and is claimed to be the termination point of the Marina Beach shoreline. This serene beach seems to be quite clean, so you can spend some time here calmly. Local residents affectionately refer to Besant Nagar beach as Bessy beach. The community is prosperous, with large single-family homes and bungalows.

Arogya Matha Church and Besant Nagar Church are two more names for this church. It is among the major attractions surrounding Besant Nagar beach. This place is devoted to Mother Mary and therefore is considered one of Chennai’s holiest buildings. Every year, approximately one million individuals visit this location. This cathedral was founded in 1972, and it was later enlarged in the year 2000.

The Besant Nagar Church also houses a museum, which was refurbished in 2008. The museum contains many representations that are testimonies of the miracles that occurred in the cathedral.

You may also like: How to create Happy Times with Your Family?

Go to the Kalakshetra Foundation

The Kalakshetra Foundation in Besant Nagar would be a leading centre in tutoring the south Indian dance art of Bharatanatyam. It is one of India’s most well-known institutions and organisations. Founded in 1936 by renowned performer and Bharatanatyam prodigy Rukmini Devi Arundale, the foundation has traditionally produced several of the country’s most prominent names in Bharatanatyam and traditional dance. Kalakshetra is particularly recognised for its environmentally friendly campus, where classes are frequently held under a big banyan tree which has stood there for more than a half-century.

Besant Nagar is well-known for its appreciation of dancing and performing arts, but it is also a centre of literature and culture in Chennai, with a vibrant reading culture and a handful of well-known libraries and bookstores. The most important of these is the U Ve Swaminathan Iyer Library, which houses approximately 2,200 palm-leaf manuscripts and 33,000 books and is an important hub for Tamil literature. The Book World – Lending Library and the Ilovereadin Library are two other popular libraries you can visit on the weekend.

The Huddleston Gardens, which spans well over 260 acres, has been one of Chennai’s largest and most well-known open spaces. The gardens were officially renamed Besant Gardens and therefore are part of Adyar’s Theosophical Society Compound. It has a pristine habitat with exotic plants and various types of natural animals such as fruit bats, jackals, and feral cats. Worship venues for various religions can also be found here. The area is abundant with animals and plants. It’s exciting to believe that within such a busy metropolis, you can find a spot full of birds, flowers, squirrels, trees, and greenery. Also, this is where the famed 450-year-old Adyar Banyan tree may be found.

Try a range of foods and beverages

Besant Nagar is still one of Chennai’s top localities for foods and beverages, especially for South Indian cuisine eateries like the Murugan Idli Shop and Vishranti Hot Point. The beach boardwalk also houses several international cuisine restaurants, including Cozee’s, Pupil Food Court and Mash. There are quite a number of outstanding bars and nightclubs in the area, such as Based on a True Story (BOAT) and M’Bessy Kitchen and Bar.

How often do you visit the bessy beach and do you like to go on weekends or weekdays? Let us know!

10 Hotels That Offer You The Perfect Working Space

Benefits of Journaling Your Thoughts

How to save money and minimize your expense while living alone?

Astonishing Benefits of A Home Aquarium