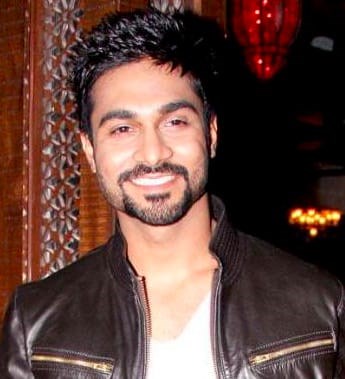 Yami Gautam begins shooting for ‘Dasvi’; says proud and honoured to play role of an IPS officer in the film

Salman Yusuf Khan participated in season 1 of Dance India Dance and became an overnight star by winning the season. Since then he has showcased his dancing talent on various platforms. He has been a choreographer, a judge at various dancing reality shows. His music video ‘Fidaai’ featuring Elli EvrRam was released yesterday and once again he has managed to surprise his fans with his amazing moves in the song. He spoke to News Helpline about the song and much more.

Talking about the song, he said, “We have worked very hard for the song. First we decided the choreography and then we did many rehearsals so that it would not look mechanical. To make it look natural going, we worked really hard. “

Salman is very close to Prabhu Deva who is considered as the king of dance in the country. The director-choreographer also loved his video. Sharing his feedback, he said,” To get feedback from Prabhu Sir was very important to me and I am glad like a critic he shared with me his feedback. He loved the video and appreciated certain moves in the song. He felt we overdid the dance bit a little more and I totally appreciate his perspective.”

Talking about the rise of OTT platforms in the country, he said,” OTT Platforms like YouTube have given chance to new talents to shine. If you have faith in your talent, then you don’t need to depend on anyone today. You can just come out and show it to the audience. “

Salman and Elli’s song ‘Fidaai’ has been composed and sung by Rahul Jain. The video which captures the pain of lost love is directed by Saurabh Prajapati.