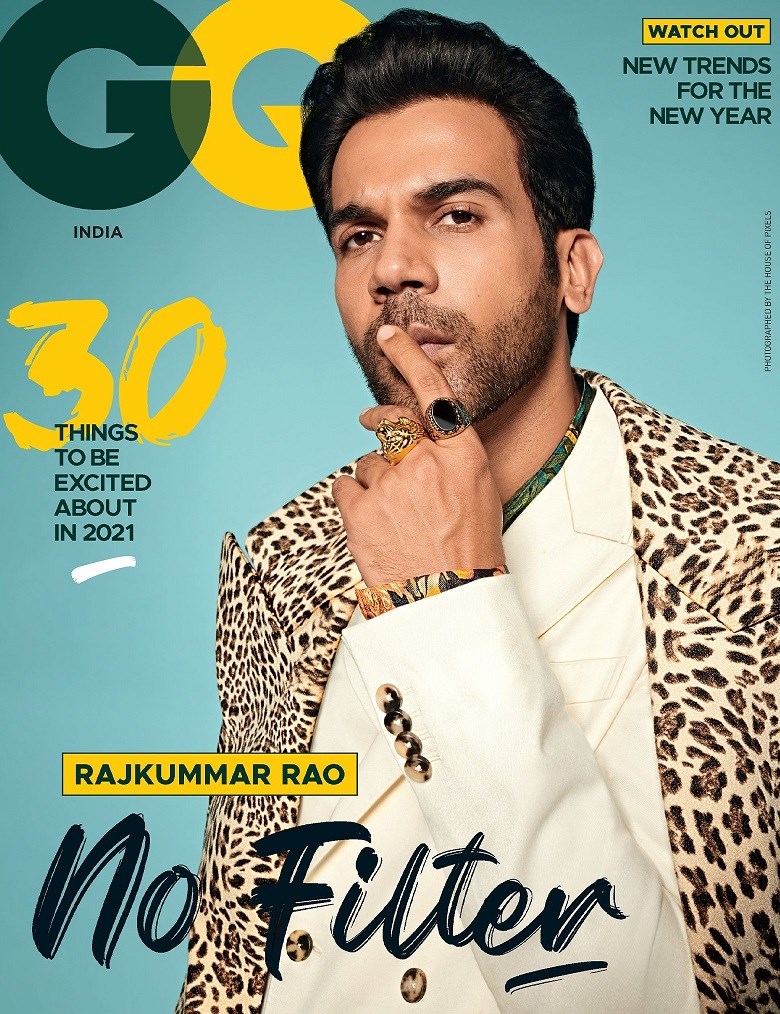 One of the finest actor in Bollywood Rajkummar Rao, comes from humble beginnings and learning the ropes with the help of some great directors and scripts, has now stamped his authority as a versatile performer and now kick-starts his New Year with Cover Page with GQ India.

The content driven performer, Rajkummar Rao has graced the cover page of GQ India for their January edition.

The official handle of GQ India dropped the cover page on social media, they captioned it, “#CoverAlert: With the hotly-anticipated The White Tiger dropping this month on Netflix, the unstoppable @RajkummarRao is raring to go. #January2021…Photo: House of Pixels #RajkummarRao #TheWhiteTiger #GQExclusive”

For the cover page, Rajkummar is wearing coat by Anuj Madaan, blazer by Z Zegna and shirt by DSquared2, needless to say, he is looking dapper!

Meanwhile on the work front, Rajkummar Rao had three massive releases in 2020, movies such as Shimla Mirchi, Ludo and Chhalaang.  Next, he will be seen in The White Tiger, Roohi Afzana and Badhaai Do.

The White Tiger pairs Rajkummar with Priyanka Chopra for the first time, in a drama film directed by Ramin Bahrani, adapted from Aravind Adiga’s 2008 novel of the same name. The film will release via Netflix on 22 January 2021.