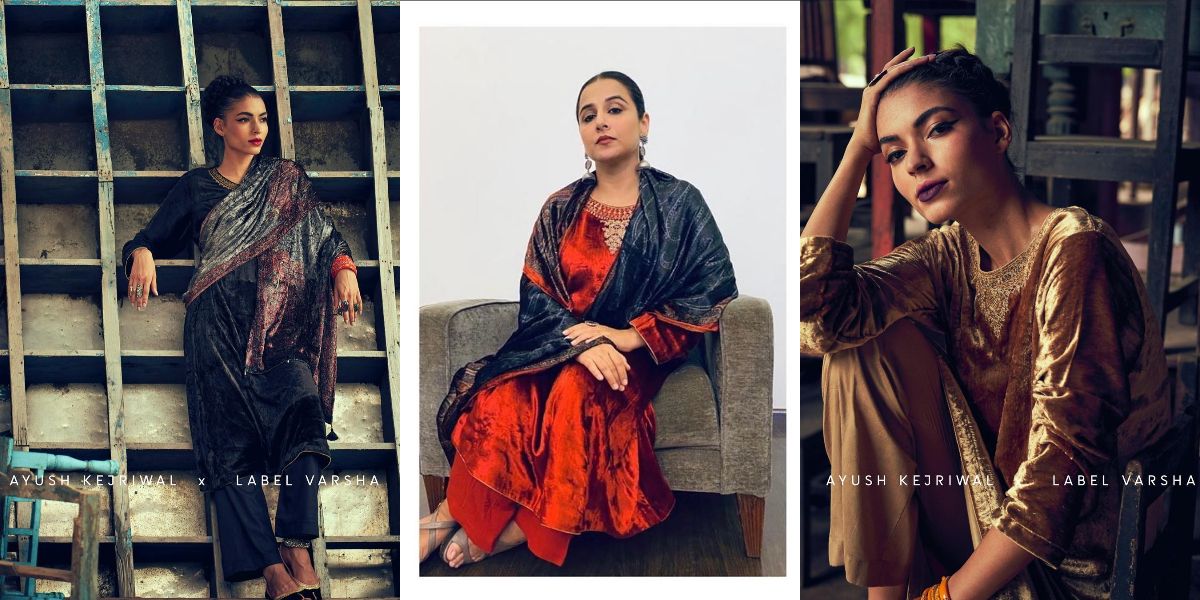 This Weekend, Experience Fresh India Organics at Sava in the Sun

World-renowned designer Ayush Kejriwal has collaborated with Indian ethnic brand Label Varsha. The collection is titled ‘Daira’ and draws its inspiration from the cashmere paisley motif originating from Kashmir.

Ayush Kejriwal, based in Glasgow, Scotland is a reputed name worldwide for his womenswear collection which includes jewellery, lehengas and sarees. Label Varsha, founded in the late 1900s specialises in women’s traditional wear. The collection is therefore timeless and an ethnic masterpiece.

Ankit Jain, the founder of Studio Gaaba captured this ethnic masterwork through his lens breathed life into the images. Ankit has captured the essence of the collection and brought the designers vision to the audience.

“The collection is very grand and luxurious but traditional at the same time. It reminds one of the grandeur that kings and queens of Indian lived in. The clothes are made of velvet and have a deep jewel-toned colour. The cut is simple and the kurtas are paired with digitally printed velvet shawls. We wanted to capture its elegance so that the audience seeing it should get the feel of the collecting without touching it.” Says Ankit.