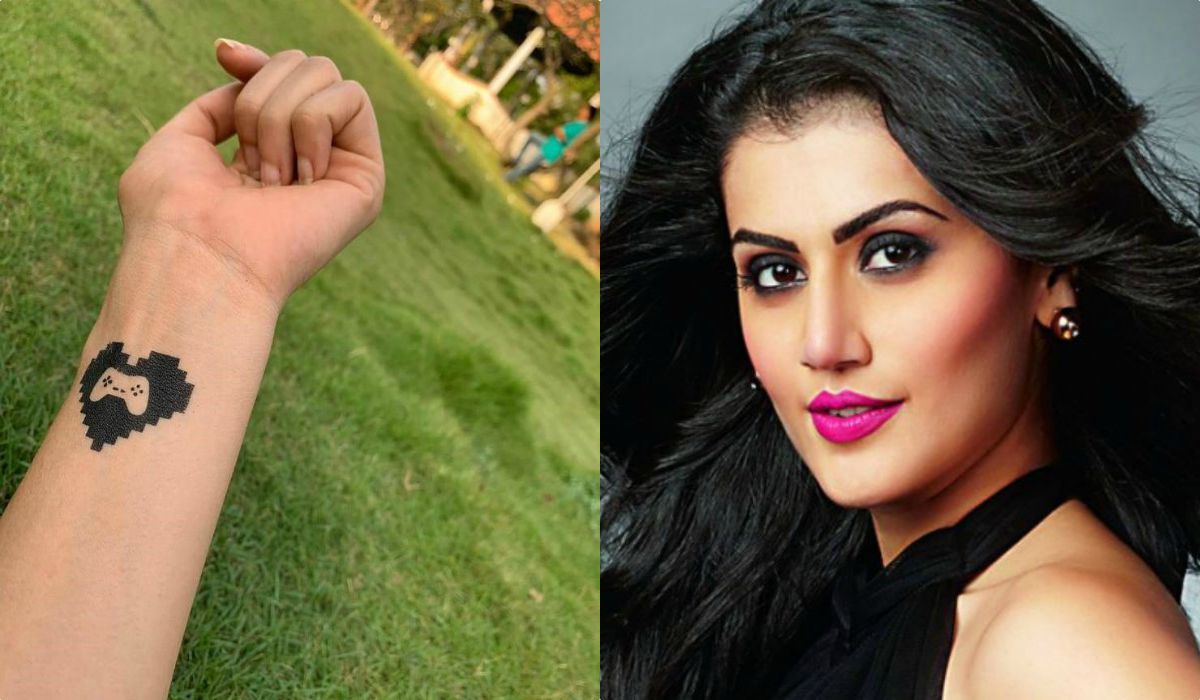 Actress Taapsee Pannu is a huge tattoo lover. She personally gets excited about tattoos but finds difficult to maintain it on the sets. The ‘Pink’ actress in her latest post shared a throwback picture of her tattoo from the sets of the film ‘Game Over’.

In the post, she is seen flaunting the tattoo of a video game remote on her hand. The tattoo became the most annoying one for the actor as she had to handle under the humid weather of Chennai.

Taapsee shared the picture of her tattoo on her Instagram and wrote, “The first day on the set of #GameOver and this tattoo became the annoying take away for men for everyone who saw the film. I love tattoos personally so I get really excited about getting tattoos done for films but since they r the temporary ones maintaining them becomes a pain especially in the humid Chennai weather. This tattoo actually became my accessory (Since Swapna didn’t wear any accessory anyway ) which was to be handled with a LOT OF care. #Throwback #Archieve #QuarantinePost”

Meanwhile, on the work front, Taapsee will be seen in ‘Haseen Dillruba’. It is a mystery thriller film directed by Vinil Mathew and produced by Aanand L. Rai and Himanshu Sharma under the banner Colour Yellow Productions.