It will be time to say goodbye to the present year and welcome the next one with arms wide open in just a few days. And what better way to commemorate this turning of the year than by travelling to exotic locations where you may yell “Happy New Year!” in unison with tens of thousands of other people till the clock strikes midnight and fireworks light up the night sky? The arrival of the new year is an excellent time to break away from routine, particularly with those close to you. So, without further ado, here are some of the best places to celebrate New Year’s Eve this year or any future year.

Sydney, one of the top New Year’s Night places, provides a fantastic experience for everyone looking for a spectacular time out on New Year’s Eve. The captivating fireworks over Sydney Harbor are very enchanting and should be photographed. The enormous fireworks may also be seen by reserving a deluxe Coast Harbor Cruise, which provides an exciting 1-hour experience with beverages, elegant food, and magnificent fireworks at Sydney’s most iconic spot, Sydney Harbor. If the cruise is not for you, you can arrange a lavish supper at one of the riverfront restaurants and spend New Year’s Eve with all the ceremony and pomp.

Whatever you think of inevitability and the ‘done and dusted,’ Goa is still one of the top New Year’s Eve locations in India. Most Indians are well aware that Goa reaches its most packed, but also at its most vibrant, during the days leading to the start of the year. The fact that every beach, resort, restaurant, resort, sidewalk, shack, as well as hut in Goa, will undoubtedly have a party that lasts till the very early hours of the morning on December 31 is a party dream. Plan your journey as soon as possible because, as New Year’s Day approaches, trains, flights, and hotels are probably all booked up.

Paris is one of the world’s most desirable destinations for New Year’s Eve, specifically for couples, because the stunning fireworks display at the Eiffel Tower creates a romantic atmosphere that is ideal for ringing in the new year with your sweetheart. Countdown to the debut of the New Year at Paris’ most popular spot, the Champs-Elysées, where thousands of locals converge to welcome the start of the New Year. Cabaret performances are quite prominent in Paris, and also what better occasion to see one than New Year’s Eve? Paris offers a wide variety of activities throughout the year, but going there on New Year’s Eve will be a pretty magnificent experience.

Bangkok is one of the best places to visit for New Year’s Eve, with the Central World Square serving as the city’s focal point on the grand Eve, when thousands of people congregate to enjoy the coming of the New Year. The square is lined with several nightclubs and bars that are illuminated as soon as the clock hits twelve, and dazzling fireworks displays happen here. Bangkok is home to some of the world’s top new year’s parties, including Meta Music Festival, White Party, as well as Beam NYE. You may reserve a number of rooftop dining locations, like Sirocco and Sky Bar at Lebua, to celebrate the New Year in style. 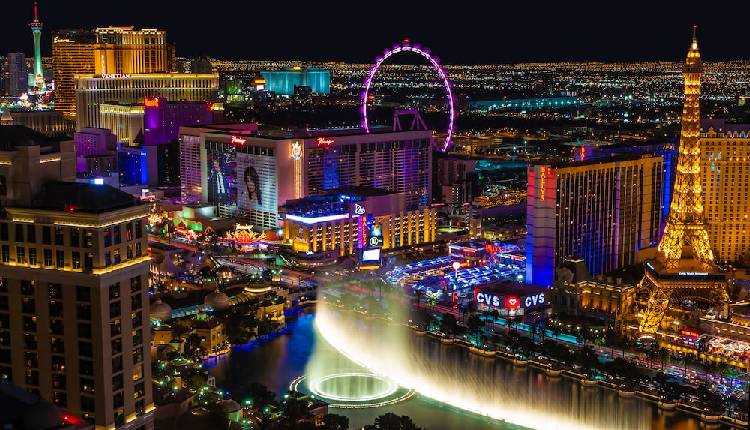 Las Vegas, Nevada, is considered one of the most exciting spots to visit on New Year’s Eve. Consider the atmosphere of this location on New Year’s Eve, when it is already captivating on regular days. Las Vegas, one of the world’s most well-known party destinations, roars to life on New Year’s Eve with its busy casinos, clubs, luxury events, insane fireworks, and much more. The Las Vegas Strip is a must-see destination for New Year’s celebrations because of the craziness of the population there. In Las Vegas, Gold Diggers, Lavo Casino Club, and Club 101 are a few of the greatest venues to catch the best New Year’s parties in 2023.

Many people come to Venice for a holiday because of its postcard-perfect rivers and magnificent architecture. The spectacular celebrations are arranged for the people’s amusement on every New Year. Nothing beats a traditional Venetian dinner getaway on a boat with magnificent views for the New Year’s festivities in the Italian style. The Big Party in St Mark’s Square, regarded as one of the best New Year’s Eve parties in the world, is a fantastic location where a large crowd gathers at midnight to greet the coming of the New Year. Singers and entertainers perform outside, and the big fireworks display begins at 12:00 a.m.

How To Pair Shoes With Sarees?