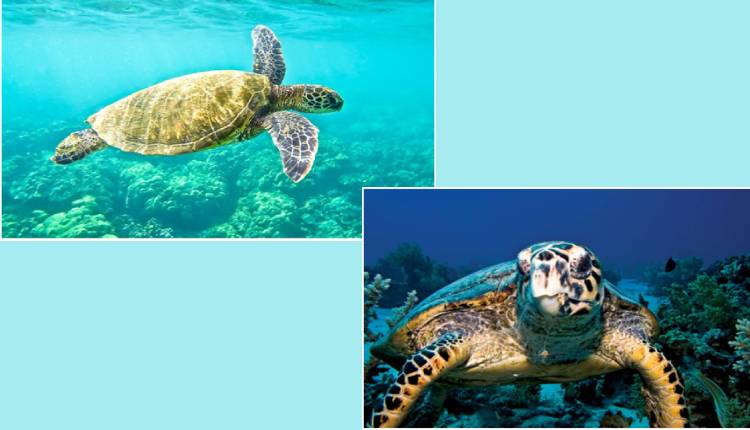 Maharashtra has a coastline of 720 km, which witnesses nesting of Olive Ridley sea turtle with occasional Green turtle, Leatherback sea turtle and Hawksbill turtle sightings. The local Forest Department along with local NGOs and communities have been working extensively towards the conservation of sea turtles. In recent years, the turtle festivals of Velas and Anjarle have gained prominence in the country, which is a celebration of their natural breeding process. Every year, these festivals attract tourists from all parts of Maharashtra and from various other states as well.

Speaking on the significance of turtles, HarshalKarve, Marine biologist, Mangrove Foundation said “Sea turtles are charismatic animals living since the Jurassic era which are now threatened by many human activities such as unsustainable coastal development, ghost nets, plastic dumping in the ocean etc. A small step towards sea turtle conservation will help to save these species.”
On this World Turtle Day (23rd May), Maharashtra Tourism presents a glimpse of these spectacular globally important species:

The green sea turtle, also known as the green turtle, black turtle or Pacific green turtle, is a species of large sea turtle of the family Cheloniidae. Its common name refers to the green fat found beneath its carapace, not to the colour of its carapace, which is olive to black. Trawler-workers, who have sighted them along the coast, say that the turtles are associated with rocky areas where they feed on algae. The adults usually inhabit shallow lagoons, feeding mostly on various species of seagrasses. The turtles bite off the tips of the blades of seagrass, which keeps the grass healthy. Like other sea turtles, green sea turtles migrate long distances between feeding grounds and hatching beaches. Green sea turtles are spotted often by locals in Maharashtra.
Locals in Sindhudurg and Ratnagiri districts have also spotted the Green Sea turtles recently.

Hawksbills are named for their narrow, pointed beak. They also have a distinctive pattern of overlapping scales on their shells that form a serrated look on the edges. In general, it has a flattened body shape, a protective carapace, and flipper-like limbs adapted for swimming in the open ocean. Hawksbill shells slightly change colours, depending on water temperature. While this turtle lives part of its life in the open ocean, it spends more time in shallow lagoons and coral reefs.

Adult hawksbill sea turtles typically grow to 1 m (3 ft) in length, weighing around 80 kg on average. The heaviest hawksbill ever captured weighed 127 kg.
Some locals of Khavane in the Sindhudurg district reported spotting this species.

The leatherback sea turtle sometimes called the lute turtle or leathery turtle is the largest of all living turtles and is the fourth-heaviest modern reptile. It can easily be differentiated from other modern sea turtles by its lack of a bony shell. Its shell is composed of a layer of thin, tough, rubbery skin, strengthened by thousands of tiny bone plates that make it look “leathery.”BhauKatdare, Founder of SahyadriNisargMitra, SansthaChiplun. Said, “One leatherback sea turtle was sighted after several years in Raigad”.

The Olive Ridley are tiny creatures, only as big as 70 cm, and is listed as endangered species under the Indian Wildlife Protection Act, 1972. Konkan coast in Maharashtra has been receiving Olive Ridley turtles for the past 20 years. They travel thousands of kilometres into the ocean and only the females return to the original breeding sites within a minimum of two years.

November to March is the season for the turtle to lay eggs. They dug a 1- 1.5 feet deep hole in the sand to lay their eggs. This hole is around 100 to 200 km away from the sea or sometimes even 500 km away from the sea. They usually visit at night to lay eggs and leave trace marks on the sand as they leave. This is how the conservators know where the turtles have laid the eggs. The conservators then relocate the eggs to a safer place i.e. in the hatchery. After the eggs are hatched, the baby turtles are released into the ocean by the conservators.
Olive Ridley turtles feed on invertebrates and play an important role in ocean and coastal ecosystems. To witness these magnificent creatures, one can visit prominent beaches of Ratnagiri, Sindhudurg and Raigad districts in Maharashtra.

Highlife: The next generation of an iconic timepiece

9 Monsoon Travel Tips For Every Wanderlust

5 Best Beaches that Offer the Best Sunrise View in India