Located serenely in God’s Own Country, Kochi has been captivating numerous explorers and travelers. It has been marked as the only Indian place to be listed in the top 10 places in 2020. Naturally, Kochi or Cochin is situated where China and India collide and you could never find this kind of mixed ambiance in any other place. More than 600 years, people are thronging to the place for its still-breathing architectural styles of Portuguese and Dutch. It has also been incorporated with massive fishing nets, extravagant islands, a 450-year old synagogue, vibrantly old mosques, the little remains of the British to depict the centuries back history to the people. Being a flamboyant place, Kochi offers you with heritage hotels to stay and also known for its mallu arts. It is one of the perfect places to have a spectacular feast of Kathakali and Kalarippayattu. You could enjoy the stupefying ambiance of islands such as Willingdon and Vypeen and you can have a ferry ride at Fort Kochi which has the essence of history in it. Let’s check out the must-visit places in Kochi.

INDO-PORTUGUESE MUSEUM: Are you ready for a historical walk-tour? This is one of India’s oldest Catholic communities which include almost vestments, silver processional crosses, vigorous altarpieces from the Kochi diocese and mesmerizing 19th-century sketches of Santa Cruz Basilica. Totally embedded within the peaceful garden of the Bishop’s House, the basement of the place consists of the tail ends of the 16th century Portuguese built Fort Immanuel.

CHINESE FISHING NETS: Locally known as cheena vala, Chinese Fishing Nets on Fort Kochi is the most captured thing. A tranquil ride on the boat can slowly open the curtains to expose the giant Chinese fishing nets.  These web-like 10m tall contraptions rest on the teak or bamboo poles and it just requires five or six people to operate, which in turn counterweights at high tide. And that’s how it amazes all the explorers every day.

PARDESI SYNAGOGUE: Synagogue was partially destroyed by the Portuguese in 1662 but it  was originally built in 1568. Historically filled with essence, it was rebuilt two years later when the Dutch invaded Kochi. Well, it has been featured with an ornate brass bimah, elegant wooden benches, and vibrant hand-paints, willow-pattern floor tiles from Canton, China. It has been floodlighted by Belgian chandeliers and exuberant glass lamps. An elegant clock tower is inscribed in Malayalam, Hebrew, Roman, and Arabic script, which almost dates back from 1760 and it eventually becomes the most-admired place in Kochi.

ST.FRANCIS CHURCH: The church is constructed in 1503 by Portuguese Francis friars and is thus believed to be India’s oldest European built church. Standing amidst an ostentatious environment, the faded yellow of the oldest structure breathing today was built in the mid 16th century to replace the original wooden chapel yet it was altered by both Dutch and British. The world-famed explorer Vasco da Gama died in Cochin in 1524 and was buried in this place. You can have a look at his tombstone in the church. People who visit Kochi will never miss admiring the church.

KERALA FOLKLORE MUSEUM: This is a family-run folklore museum that stores a valuable collection of over 5000 artifacts and almost covers three architectural styles namely, Malabar on the ground floor, Kochi or Portuguese on the first floor and Travancore on the top of the second floor of the Museum. Completely created in Kerala style, the museum is the best place to enjoy an ancient spirit. The top of the flood theatre has an 18th-century wood carved ceiling which portrays the Hindu gods as well as the lively murals of Ramayana and Mahabharata. 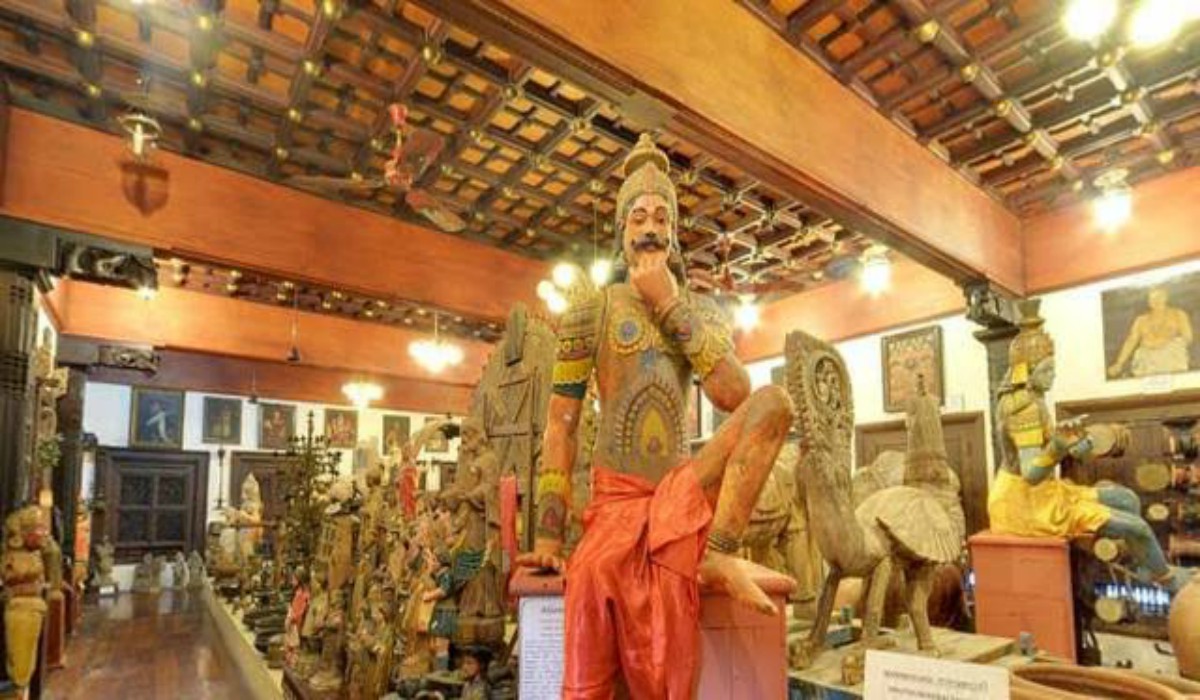 Other than these spectacular-feasts, you can also enjoy visiting the Hill Palace Museum and Mattancherry Palace, which are ready to narrate its story. Kochi has been placed in the bucket-list of every traveler.