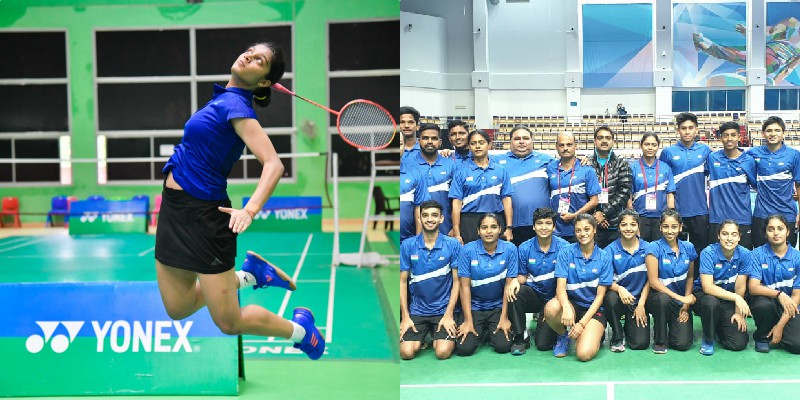 New Delhi, October 2: Tanisha Castro and Ishaan Bhatnagar punched above their weight and Meirba Luwang came within a point of causing an upset but the Indian team’s spirited effort was not enough to beat higher-ranked Japan in their last Group E encounter at the BWF World Junior Championships in Kazan, Russia on Wednesday.

The duo so far remains undefeated at their World Junior outings.

The second match of the day was the girls’ doubles. Gujarat’s Tasnim Mir playing her first World championships lost to Riko Gunji in a straight match, 9-21, 12-21 followed by the boys’ singles. Manipur’s Maisnam Meiraba Luwang despite losing a close first game against Takuma Kawamoto made a strong comeback to take the second game 21 – 17. The Manipuri fought tooth and nail only to go down 21-23 in the last game as he failed to convert two crucial match points. The match lasted a little over an hour as India lost the match 17-21, 21-17, 21-23.

“Though the results did not go in our favour but it was surely a great learning experience for the team. Most of the members are players of the U-17 category while young Tasnim who is only 14 years old has also gained valuable experience here. I am sure this experience will boost the team to come back and perform better next year.” Sanjay Mishra, Junior Chief National Coach said at the end of the tie.

While in the doubles category, the pair of Treesa Jolly and Varshini Viswanath Sri lost to Kaho Osawa and Hinata Suzuki 12-21, 22-24 and with this defeat, India lost its chance to level the score.

In the last match of the tie, Manipur duo of Manjit Singh Khwairakpam and Dingku Singh Konthoujam gave in to Yoshifumi Fujisawa and Kakeru Kumagai 16-21, 14-21 in a 26 minutes match.

The 4-1 loss means India finished second in the group and will compete for the 9-16 classification positions in the knock out stage.

Sushi and More adds a dozen years to its bag!