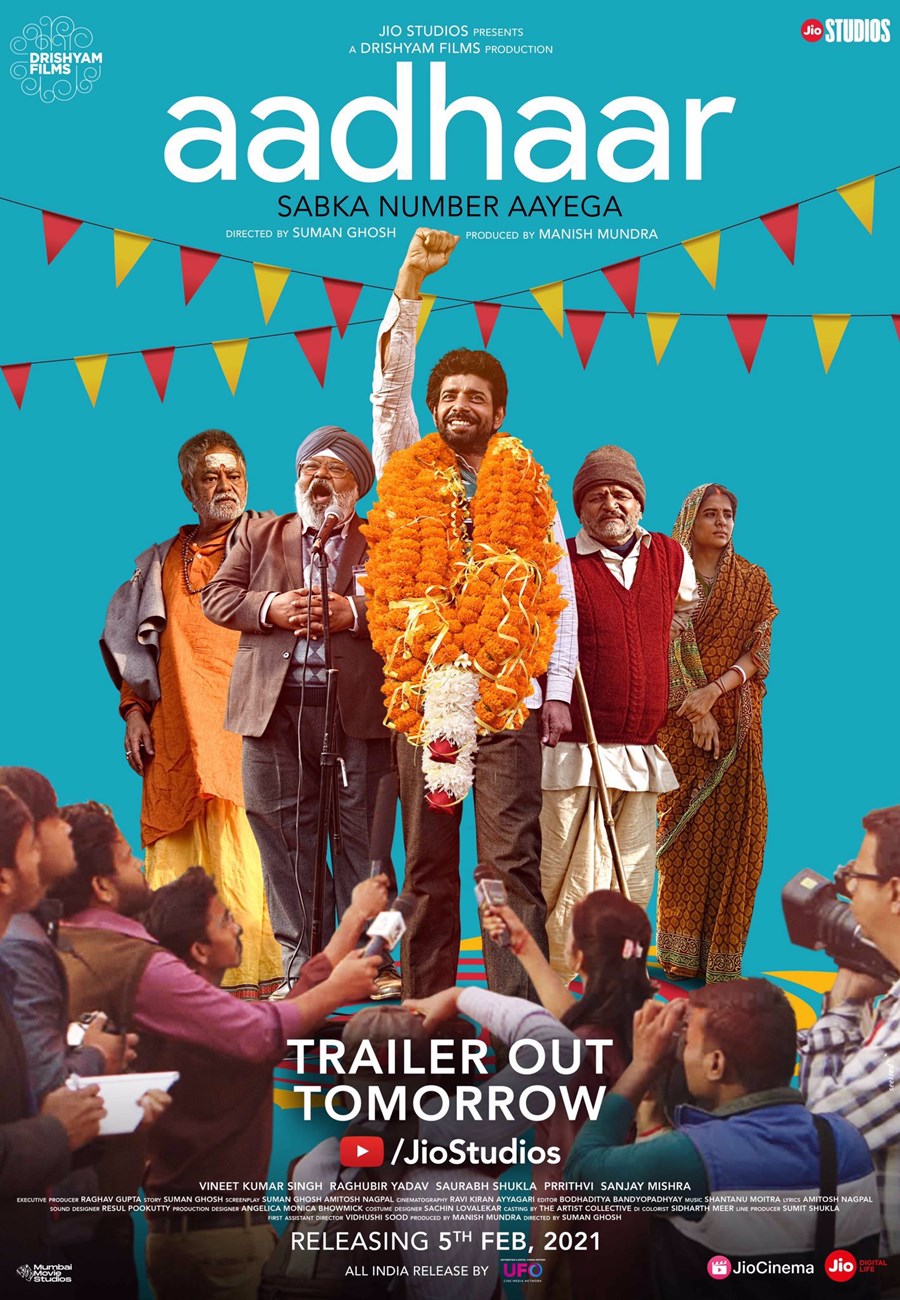 Actor Vineet Kumar Singh announced release date of his upcoming film titled ‘Aadhar’ on Tuesday on social media. The issue based comedy drama film will release in theatres on 5th February and the trailer of the film will release on Wednesday.

The story of ‘Aadhar’ revolves around a villager called Pharsua (Vineet Kumar Singh), who is the first one to enroll for Aadhaar card in his village but due to a premonition concerning his wife’s health by the village priest sets on an uphill task of getting his number changed.

Earlier in the day, Vineet wrote  a special message on social media as ‘Mukkabaaz’ clocked three years. In the film, Vineet played role of a National level boxer who is based in Uttar Pradesh. It is directed by Anurag Kashyap and it also starred Zoya Hussain, Jimmy Sheirgill and Ravi Kishan in key roles. Vineet received appreciation for his performance in sports drama film from the critics and the audience.

Sharing the behind the scenes video of ‘Mukkabaaz’ on his Instagram handle, Vineet wrote, “Celebrating 3 Years of Mukkabaaz 12 Jan 2018 I can never forget ts date. One film which hs given life to my many years of not giving up. I’m grateful to each & every person who supported me in every possible way. Thank you @anuragkashyap10 sir & @aanandlrai sir for believing in me. Thank you everyone! Thankful to my coaches & boxers. Love to all”.

Vijay Starrer Master Hits The Theaters On This Date

‘Aadhar’ is directed by Suman Ghosh and produced by Jio Studios and Manish Mundra under his banner Drishyam Films. The film had its premiere at the 24th Busan International Film Festival under the section ‘A Window on Asian Cinema’