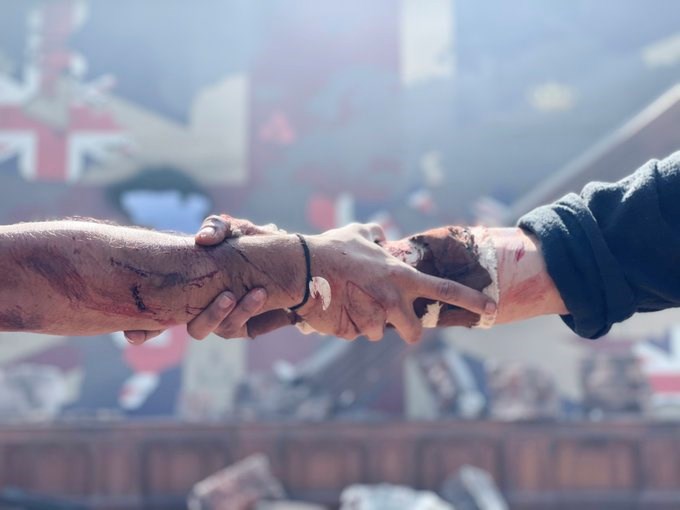 Baahubali filmmaker SS Rajamouli has begun the climax shoot of much awaited RRR and just took to his social media and teased the fans with a picture from the sets.

The shooting of “RRR”, the much anticipated movie featuring Jr NTR and Ram Charan has entered its final stages. The RRR is based on two legendary freedom fighters –Alluri Seetharama Raju and Komaram Bheem.

Filmmaker SS Rajamouli captioned the picture, “The CLIMAX shoot has begun! My Ramaraju and Bheem come together to accomplish what they desired to achieve… #RRRMovie #RRR”

The makers of the movie had released the first official teaser in October, 2020. The film’s theatrical rights earlier registered big numbers in south India.