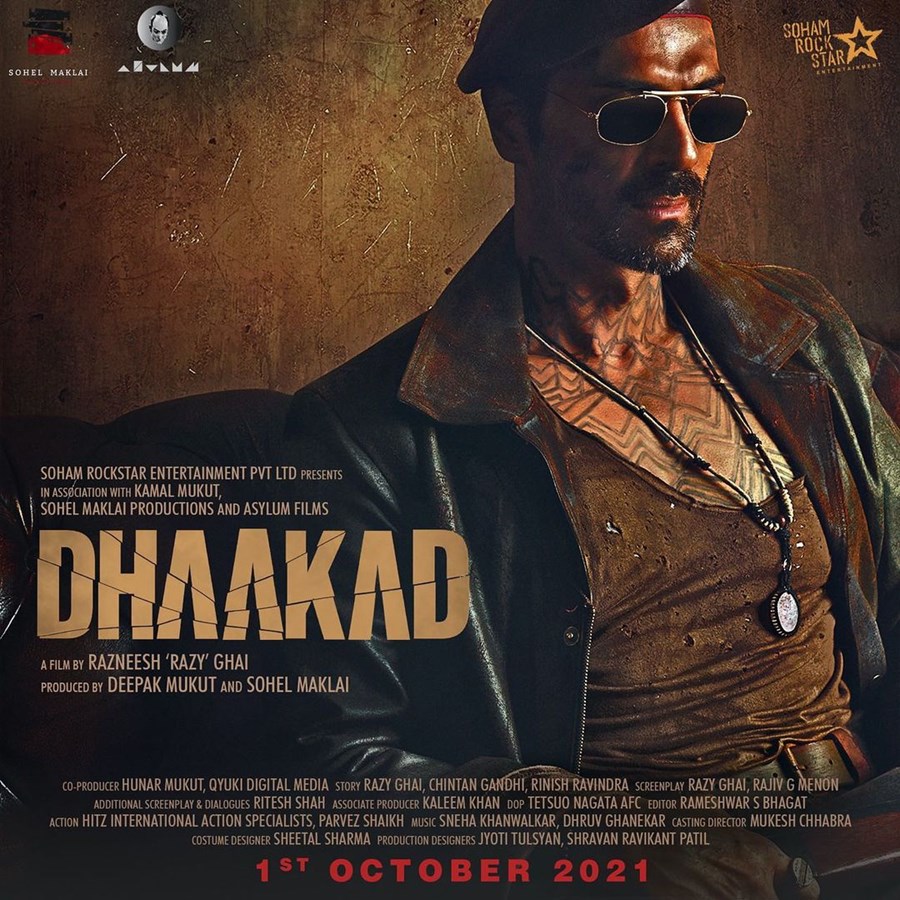 After fearless and feisty Agent Agni played by Kangana Ranaut, the makers are out with first look poster of Evil from the action thriller Dhaakad, played by dapper Arjun Rampal.

Actor Arjun Rampal will be seen playing baddie in forthcoming Dhaakad and his first look as Rudraveer is out from the film.

Directed by Razneesh Ghai and produced by Deepak Mukut, the action-thriller film will shoot in Bhopal. The shooting of movie will be completed in two months. Actor Divya Dutta will also be seen in the movie.

Sayani Gupta Shares The Poster Of The Movie Shameless

The makers of the film released the teaser of the film last year, which saw Ranaut is a whole new ferocious and daring avatar, shooting point blank with a machine gun.

Meanwhile, on the work front, apart from ‘Dhaakad’, Kangana has several other promising films in her pipeline, including, ‘Thalaivi’ and ‘Tejas’.