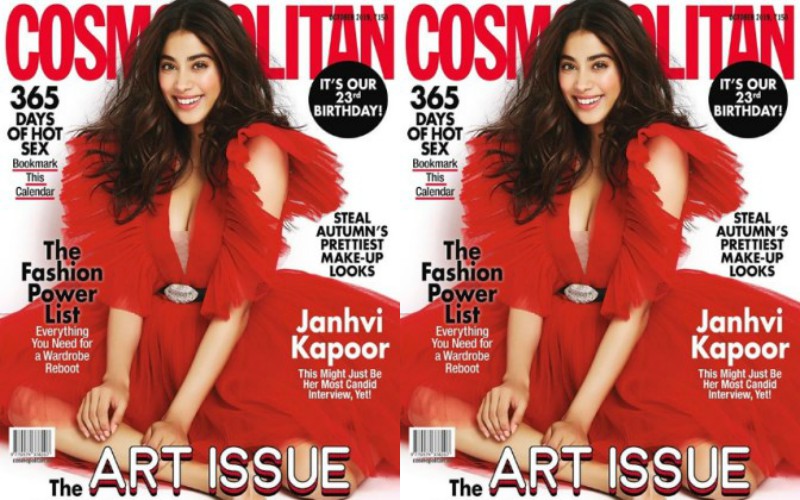 Janhvi Kapoor is setting the Internet on fire with her cover spread with leading fashion magazine, Cosmopolitan. The Dadhak debutante is looking gorgeous sporting a red dress on the October edition.

On the cover, Janhvi Kapoor is all about smile, confidence and vivacious energy. With a stunning red dress by Giambattista Valli and her lose locks, Janhvi is able to soar temperatures and how!

Meanwhile on the work front, Janhvi got her kitty filled with Gunjan Saxena, Dostana 2, Roohi Afza, Takht and Ghost Stories.

She will play a dual role opposite Rajkummar Rao in Roohi Afza, a comedy horror film, and portray the titular role of aviator Gunjan Saxena in the biopic Gunjan Saxena: The Kargil Girl.

She will also star in Zoya Akhtar’s segment in the Netflix anthology film Ghost Stories. In addition, Kapoor will play a slave girl in Karan Johar’s ensemble period film Takht, and star alongside Kartik Aaryan and Laksh Lalwani in a sequel to the 2008 romantic comedy Dostana.