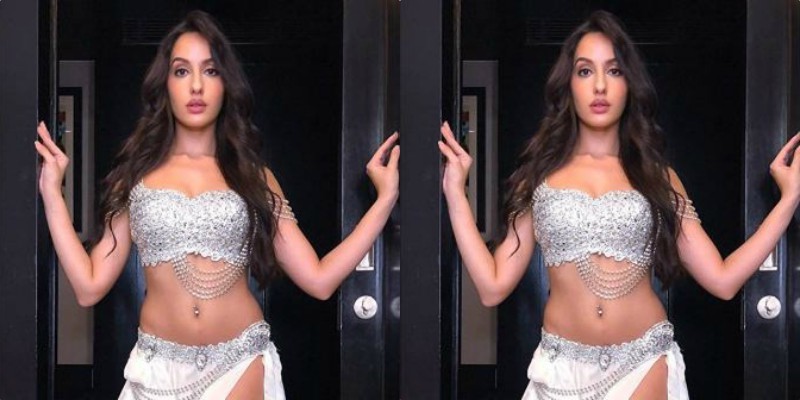 A video from the event which has been shared online shows the actress dancing when the event took place.

Nora and Vicky recreated a dance step from the song on stage when Nora realized the dress too short to pull off the step. The video shows her quickly grab it when Vicky pulls her back up and they laugh it off.

The song produced by T-series has become a fan favorite. Sung by Arijit Singh Pachtaoge’s music is given by B Praak. The lyrics and composition is penned Jaani and the track is directed by Arvindr Khaira

Nora has made a name for herself with her performances with performances in songs like ‘Dilbaar’ in Satyameva Jayate, followed by ‘Kamariya’ and recently ‘O Saki Saki’.

Nora was also seen as one of the supporting cast in John Abraham’s Batla House. She will be seen in Remo D’Souza’s ‘Street Dancer 3D with Shraddha Kapoor and Varun Dhawan.