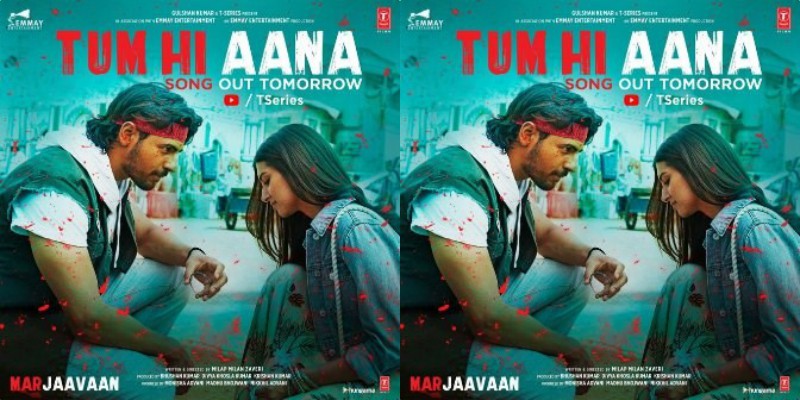 After dropping a series of promo and one viral trailer, the makers of Marjaavaan are all geared up to drop first romantic track from the film, titled Tum Hi Aana, the first look and teaser for the song are out.

The romantic track is titled Tum Hi Aana, featuring Sidharth and Tara Sutaria. The song is a creative collaboration of Jubin Nautiyal, Payal Dev, Kunal Verma, and will releases tomorrow.

Actor Riteish Deshmukh will be seen playing a unique character in the film. He is main villain of the story and he is just three feet tall in the film.

The film was supposed to release on 2 October 2019, but got delayed, and is now scheduled to be theatrically released in India on 8 November 2019.