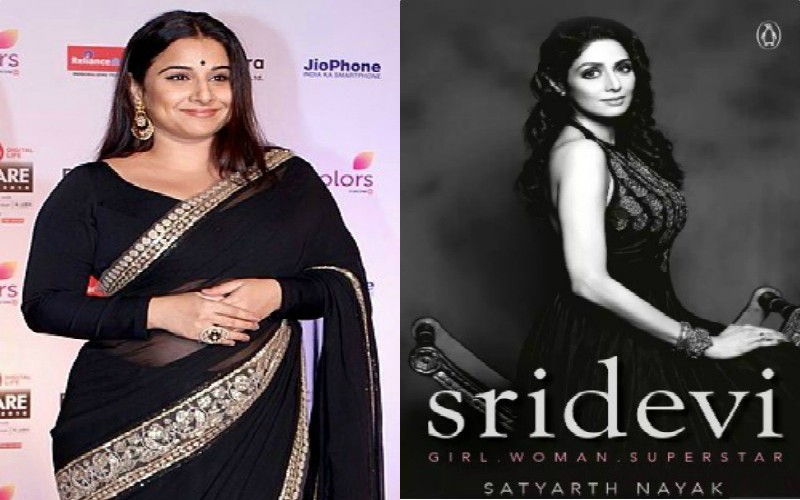 Today marks the 56th Birthday of late actress Sridevi and actress Vidya Balan very fondly and with a lot of delight, launch the cover of the book based on the late actress, by Penguin books.

The book, titled “Sridevi: Girl Woman Superstar”, is written by author-screenwriter Satyarth Nayak and approved by the actor’s producer husband Boney Kapoor. The book recounts the life and times of the iconic actor who changed how women stars were perceived in the male-dominated film industry.

Actress Vidya Balan dropped the cover on her social media. She wrote, “I am honored and delighted to officially launch the Cover of the Penguin book on the iconic Sridevi on her 56th birthday today. Congratulations to author @SatyarthNayak, dear @BoneyKapoor sir and the @PenguinIndia mavericks @mileeashwarya and @film_worm”

Confirming the same, official handle of Penguin India shared the same. They wrote, “On her birth anniversary, we are honoured to announce the book charting the incredible journey of cultural icon and phenomenon-the late Sridevi. Pre-order it as @SatyarthNayak pays tribute to the most influential cinematic legend of our times. #Sridevi”

The books chronicles Sridevi’s affair with the camera when she was four. She conquered Tamil, Telugu, Malayalam and Kannada industries with performances etched in gold. Taking Hindi cinema by storm with Himmatwala in 1983, Sridevi emerged as one of the most iconic screen goddesses of India, playing characters that became cultural touchstones

Being Part Of Amazing Films Is My Priority Says Nushrat Bharucha